How Many Lies How Many Times 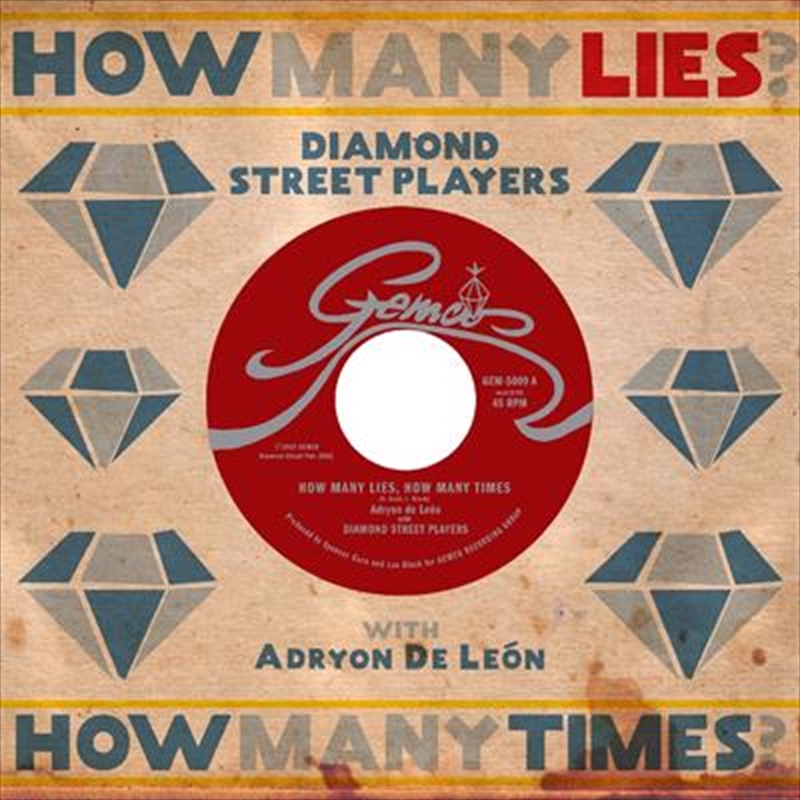 How Many Lies How Many Times

Diamond Street Players How Many Lies How Many Times Vinyl

How Many Lies? How Many Times? Indeed…sadly, this is the question of the day. At this 45’s press time, the current White House occupant’s tally is just under 10,000. What can we do about it as a little soul/funk label way down south? Put out the most bangin’ slice of wax we ever have and bring the “protest song” back into the fold.

The Diamond Street Players, dropping their second single off their forthcoming LP, put down some Five-Edwin-Starr business with “How Many Lies, How Many Times?”, an uptempo no-apologies deep funk super-side that grabs you from the get-go and then doesn’t let go.

Written by co-producers Spencer Garn and Leo Black, the song features Adryon de Leon, a very well known voice in soul/funk circles, best known as a vocal power-hitter for Breakestra offspring, Orgone. Adryon absolutely detonates this track, with a delivery that makes it seem that this song has been out in the ether for decades, just waiting for her to come up to the mic, get mad, and lay it on us.

The B-side, Organ Workout, is another blistering funxcursion by the Players, so DJs better get two copies just to get right to the flip.

Title: How Many Lies How Many Times