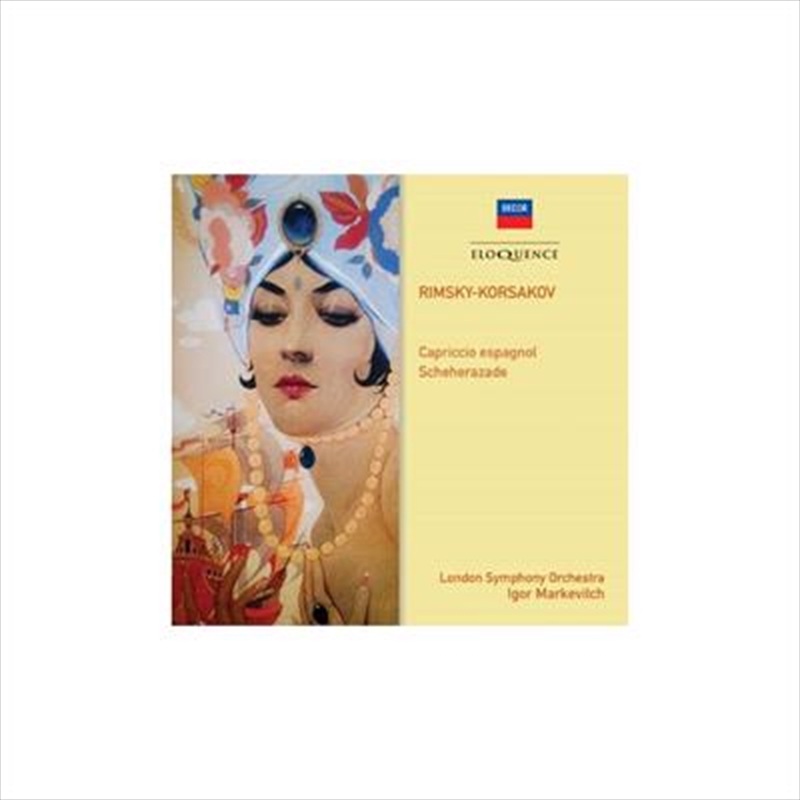 In 1936, the English composer and writer Constant Lambert described Igor Markevitch as ‘the leading figure of the Franco-Russian school’. As a composer he had been commissioned by Diaghilev and performed by the likes of Alfred Cortot and Roger Désormière, but his posthumous reputation largely rests on his prowess as a conductor, a profession he took up in the 1930s after study with Pierre Monteux.

As an interpreter, Markevitch combined a volatile personality with meticulous attention to the composer’s instructions, very much in the mould of Monteux. He was ideally suited in this regard to the Russian repertoire from Tchaikovsky to Stravinsky. Central both to this history and to his repertoire was the music of Nikolai Rimsky-Korsakov with its sinuous melodies and ever-astonishingly original orchestral colours.

Made by Philips engineers in London in October 1962, this album of the composer’s best-loved orchestral works complements Markevitch’s cycle of the Tchaikovsky symphonies, also recorded with the London Symphony Orchestra during the mid-1960s. They share many of the same qualities: super-charged tension, precise definition (in both performance and engineering) and refreshingly unusual articulation in repertoire that has often become stale by familiarity and lazy execution. Markevitch never made a lazy or conventional recording in his life, and he attended to the sweeping narrative of Scheherezade with the kind of detail that distinguishes his electrifying accounts of The Rite of Spring.

‘Markevitch is more mercurial [than Ormandy], building to climaxes more subtly, broadening out for the many solo passages, which are done with freedom and imagination … A further advantage for Philips (in addition to its lower price) is the bonus of Capriccio espagnol in a galvanic and brilliantly colorful reading.’ Fanfare, March/April 1980