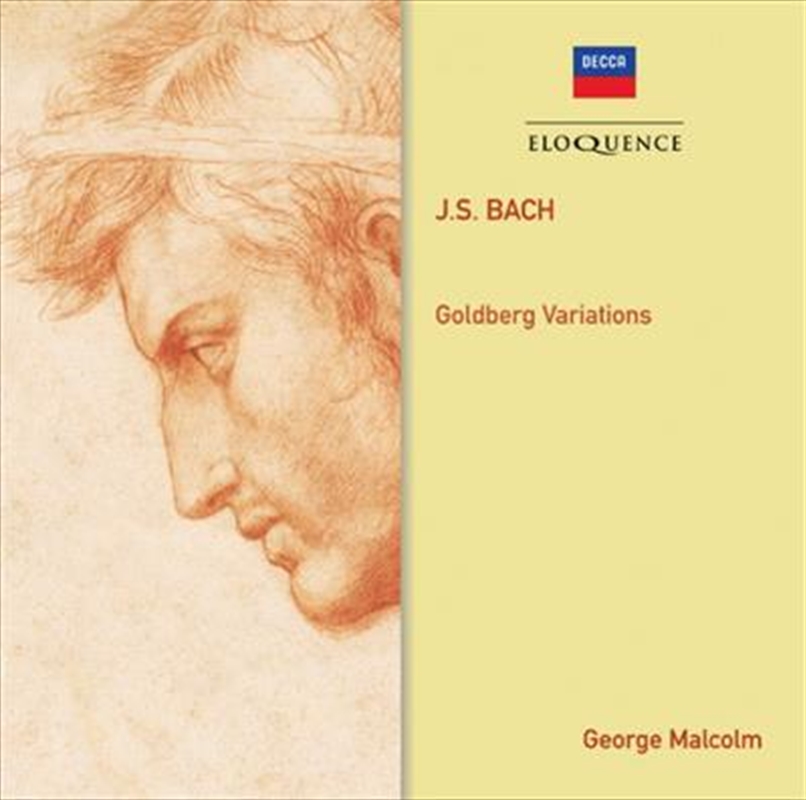 Endowed with a prodigious and versatile musical talent, the harpsichordist George Malcolm brought a consummate polish to both performance and recording. Despite working at the vanguard of historically informed performance, he did not pursue an aesthetic of zealous purity but concentrated rather on refinement of effect to communicate the spirit of the composition. Happy to play and recompose Bach in a jazz-inflected modern idiom, he performed with an impish sense of humour which lends delight and legerdemain to his 1961 recording of the Goldberg Variations, made for L’Oiseau Lyre and receiving its first CD release.
Malcolm was renowned for his varied registrations, particularly on the harpsichords of Thomas Goff, which offer unusual tonal possibilities. While taking all the score’s marked repeats – commonplace now, but still both a feat of endurance and a singular choice of interpretative fidelity in the early 60s – Malcolm explores the full range of those timbral variations in his Goldbergs. The musical grip and rhythmic purpose of his playing here has rarely been equalled by harpsichordists of any generation: a ‘peerless’ recording according to Sir Nicholas Kenyon, ‘which comprehended the extraordinary intellectual span of that work as if in a single breath.’ Available for the first time as a Decca CD, the album is the latest and most significant volume in a growing library of his recordings on Eloquence.

‘Mr. Malcolm’s performance of the Goldbergs does not disappoint; not only does his infinite variety of registration maintain a constant interest, he also uses these possibilities to bring out bring out many facets of the music not otherwise noticed.’ 1964 World Catalogue of Bach Recordings