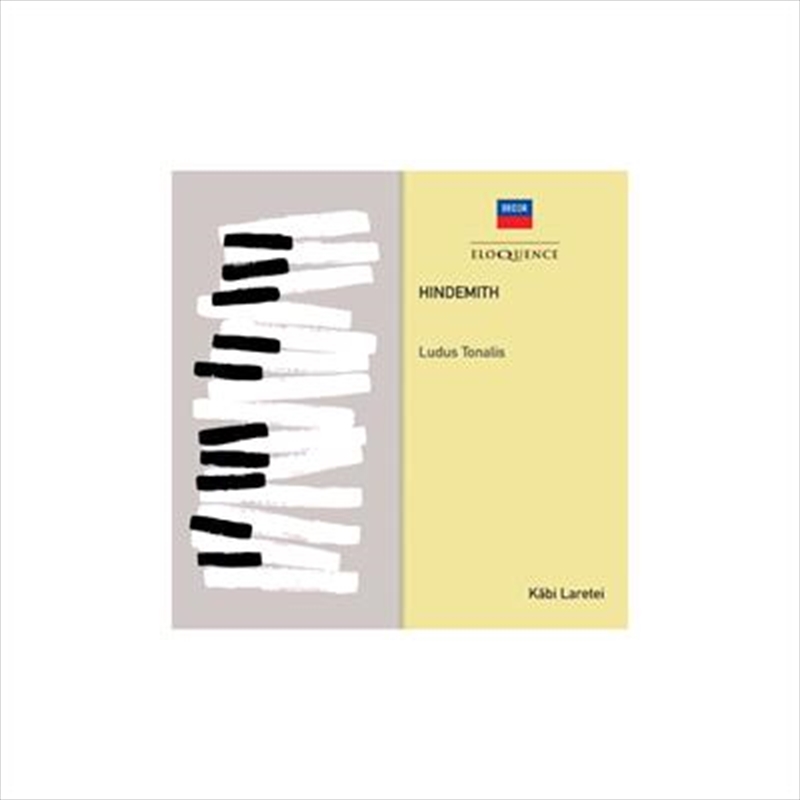 A 20th-century counterpart to The Well-Tempered Clavier in a landmark recording, long unavailable, newly remastered and transferred to CD from the original tapes for the very first time. Hindemith wrote Ludus tonalis in 1942 while staying the US as a refugee from Nazi Germany. The hour-long piano cycle itself finds refuge from conflict in the reassertion of the time-honoured value of counterpoint, comprising twelve fugues and interludes framed by a prelude and its mirror image as a postlude. It’s a monument of modern keyboard literature whose forbidding reputation is belied by the approachable and highly varied nature of Hindemith’s writing.
There is a unique authority to this recording made in October 1965 for the Philips label by the Estonian-Swedish pianist Käbi Laretei. Having been coached by the composer in the cycle a decade earlier, she incorporated his performance suggestions and amendments to the score into her performance. She recorded Ludus tonalis in a New York studio a few days after presenting it at Carnegie Hall, where she had won over the audience not only with her performance but also a question-and-answer session after the concert.  Having studied with Edwin Fischer, Laretei had performed throughout Europe for the past two decades, becoming something of a celebrity. Her television debut on the BBC had led to a series of programs back in Stockholm where she lived with her husband at the time, the film director Ingmar Bergman. However, she made comparatively few recordings: this account of Ludus tonalis is her major legacy, but it has never been made available on CD.

‘Its technical and scholarly attributes are happily partnered by humour, charm and a great deal of fertile imagination. Pianists who can solve Hindemith’s formidable demands have always had a great deal of fun playing Ludus tonalis, and a really distinguished performance of it can provide much enjoyment for the listener.’ High Fidelity, May 1966