Back To Our Roots 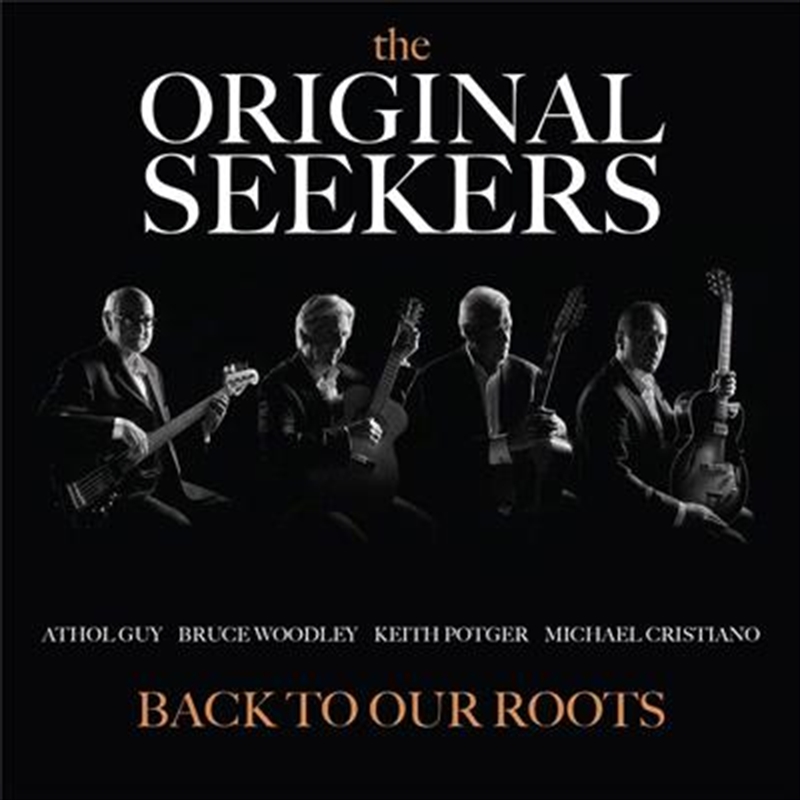 Back To Our Roots

Shipping - See delivery options.
Postcode:
Quantity:
SEE MORE IN:
2 for $40 Music The Seekers All 2 for $40
DESCRIPTION

The Seekers Back To Our Roots CD

‘The Seekers’ story has been well documented but not many people know that the genesis of the group stretches back to the 1950s and that ‘The Seekers’ were originally an all-male group.

It was in these early formative years that Athol Guy, Keith Potger, Bruce Woodley and Ken Ray (who later left and was replaced by Judith Durham) crafted their unique vocal harmony style that would eventually lead them to worldwide success and a place in music history.

With the addition of long-time ‘Seekers’ producer and guitarist/singer extraordinaire Michael Cristiano as the ‘fourth voice’ the Original Seekers re-visit songs they’d sung in earlier years, and a few they wish they’d sung, all with that unmistakable four-part male harmony sound.

“Back To Our Roots” features such classic songs as Tom Paxton’s “Last Thing On My Mind” (Bruce Woodley had written with Paxton back in the 60s), Tim Hardin’s “Reason To Believe” (a folk classic), Lonnie Donegan’s “Louisiana Man” (a ‘Seekers’ favourite), Tom Springfield’s “Adios Amor” (originally presented to The Seekers but eventually recorded by Jose Feliciano) and a “special edition” version of Bruce Woodley’s wonderful “I Am Australian”.

Michael Cristiano’s production is sublime, Keith Potger’s vocal arrangements are wonderful and the musicianship is top-notch. With their unique vocal sound the Original Seekers weave a mix of up-tempo foot-tapping songs with beautifully atmospheric and emotional moments – “Back To Our Roots”.

First 1000units of this album will be GOLD discs & signed on the inside of the album artwork.

Once the initial 1000units are sold it will be a standard CD.

Title: Back To Our Roots

6. The Last Thing on My Mind