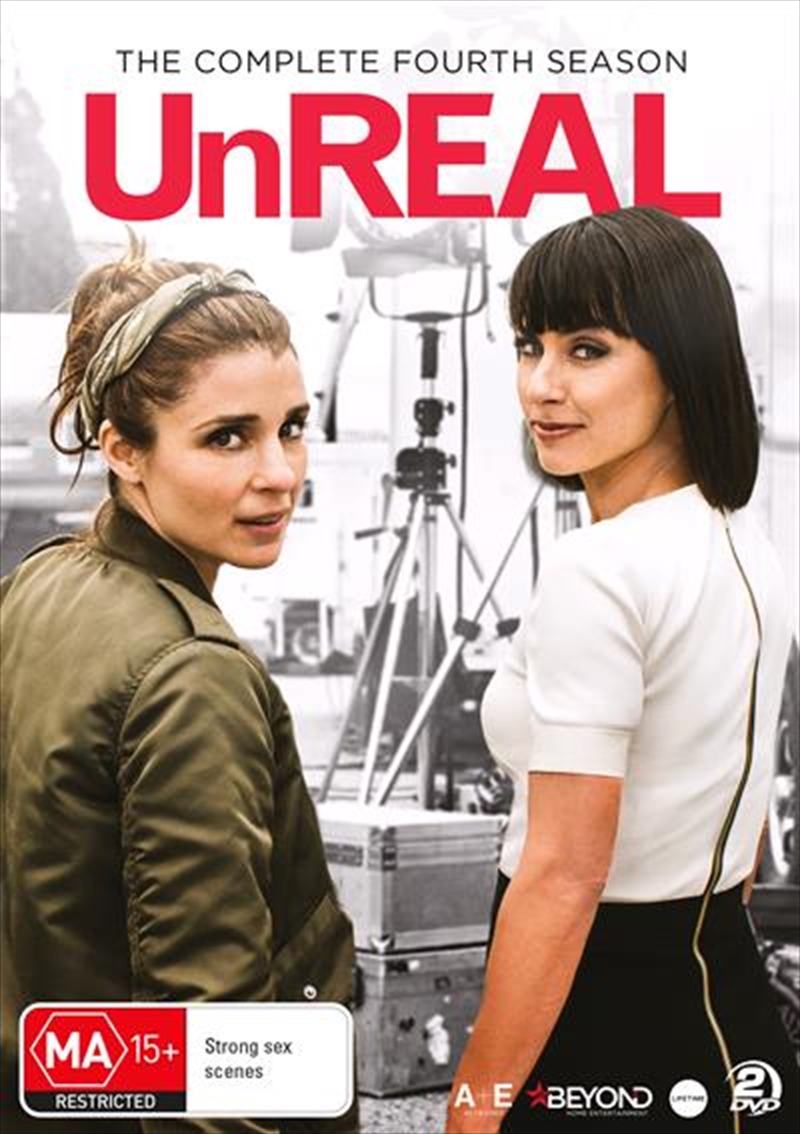 Welcome to the world of bad people making good TV.

Taking a behind-the-scenes look into the chaos behind the reality television dating show 'Everlasting', the critically acclaimed drama UnReal returns with more drama, betrayal and confrontation in their fourth and final season. It is time for Everlasting All Stars, where familiar faces from past seasons return for a final shot of finding true love. But that's only if the producers allow it. Maneuvering criticism from their network and attempting to maintain ratings, producers Rachel Goldberg (Shiri Appleby) and Quinn King (Emmy-nominee Constance Zimmer) must hold the show afloat while dealing with their own personal drama.
DETAILS