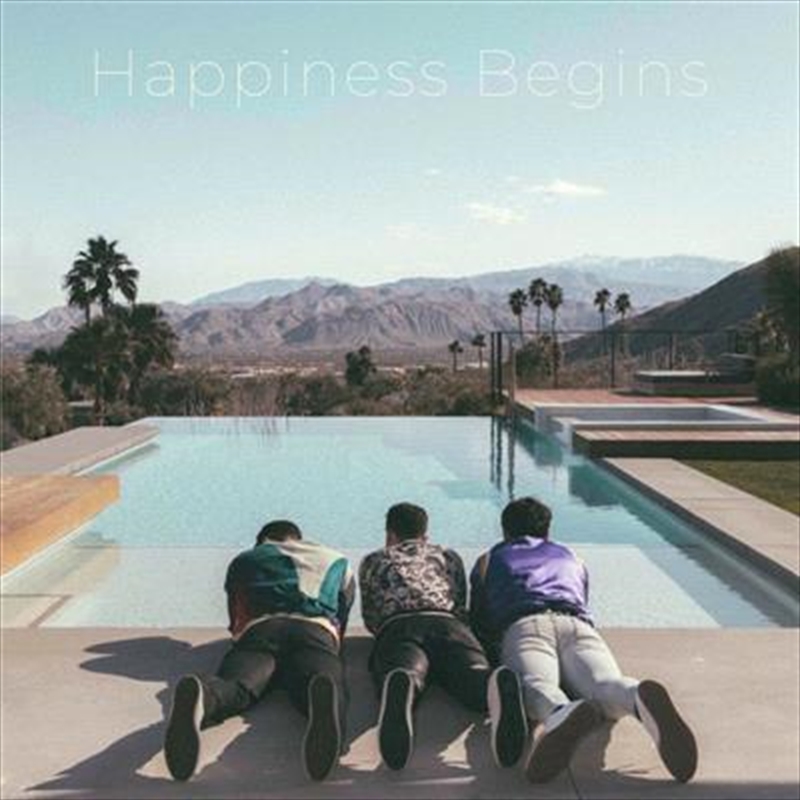 The preeminent male group of this century, Jonas Brothers opened the floodgates for a new era of titans in pop music. They earned three consecutive number one albums and sold out shows throughout three continents. Selling over 17 million-plus albums with over 1 billion streams worldwide, they've achieved dozens of platinum and gold certifications. Jonas Brothers notably received a Grammy Award nomination in the category of "Best New Artist," garnered "Breakthrough Artist" at the American Music Awards, won Billboard's "Eventful Fans'" Choice Award for "Best Concert Tour of the Year," and took home a Mexican Grammy, showcasing their international influence.

The tremendous success of the band provided a launch pad for the successful and storied solo careers of Nick Jonas, Joe Jonas, and Kevin Jonas, who have kept loyal fans yearning for a reunion... until now.

It’s been ten years in-between albums for the Jonas Brothers and with the announcement of their return to music at the beginning of the year, it was uncertain to gauge how the response would be. Luckily for them, the world has embraced their comeback in a bigger way than expected. With ‘Sucker’ becoming their first Billboard #1 single, they were immediately on a roll to bring back the Jonas Brothers fever. Their fifth studio album ‘Happiness Begins’ is a definitive collection of tracks that showcase their maturity as adults and their joyous celebration of brotherhood. Lead singles ‘Sucker’ and ‘Cool’ are anthemic summer fuelled songs that have those catchy radio ready hooks and slick harmonies you know and love. From there, the album continues to deliver those big energetic moments like ‘Don’t Throw It Away’, ‘Happy When I’m Sad’, ‘Strangers’ and the ska influenced ‘Only Human’ and ‘Every Single Time’. But they do experiment with their production a little and offer the 80s nostalgic ‘I Believe’ which is oozes cool synths before diving into classic boyband territory with some slower tracks. ‘Love Her’ is classic Jonas Brothers at their finest whilst ‘Used To Be’ hears them throwing in a recent hip-hop influence with their vocal stylings which is off brand but cool. My favourite track on this album comes from the simple ‘Hesitate’ which allows their harmonies to take centre stage. “I will take your pain and put it on my heart. I won't hesitate. Just tell me where to start”. It’s these simple moments that really highlight their vocal talent and raw connection. The material on this record is very reminiscent of some of the later stuff that One Direction were putting out and it’s nice having a strong boyband back in the world delivering some killer tunes.
See more from Thomas on his website