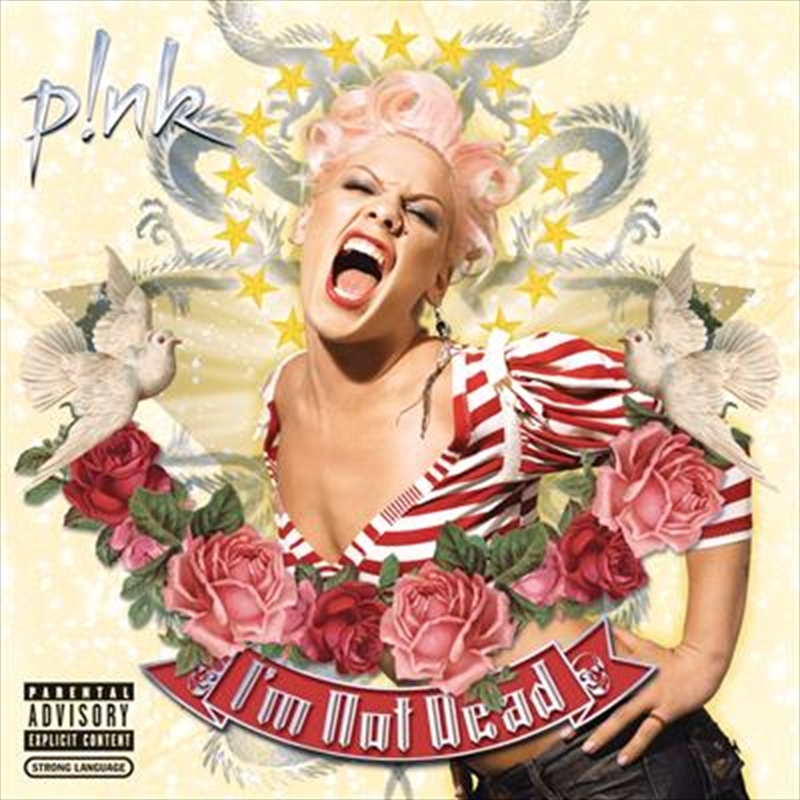 P!NK's fourth studio album 'I'm Not Dead,' was first released on April 4, 2006 (the sixth anniversary of the release of her debut, Can't Take Me Home) and shattered P!NK's self-imposed three-year hiatus.

Much more than a hugely successful comeback record, 'I'm Not Dead' was a declaration of P!NK's commitment to pop-rock excellence, merging provocative lyric content to deep dance grooves.

Certified RIAA double platinum in the US, I'm Not Dead was an international sensation, going double platinum in Canada and Australia, where it spent 62 consecutive weeks in the Top 10 and became the #1 top-selling album by an American or a female artist for two years in a row (2006 and 2007).

A3. Long Way to Happy

C4. The One That Got Away

D2. Conversations With My 13 Year Old Self

D3. I Have Seen The Rain