Head And The Heart 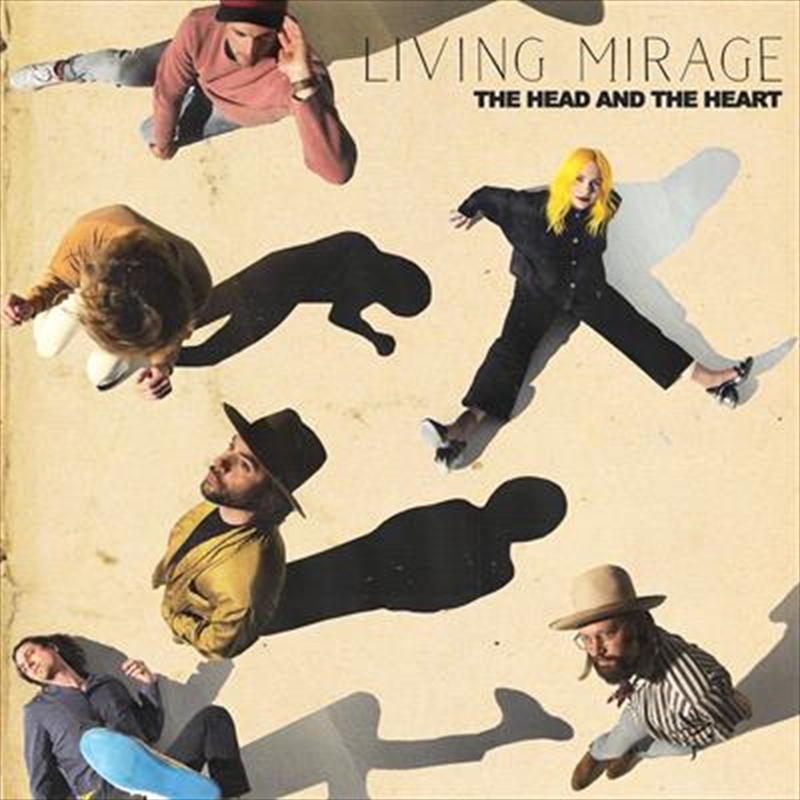 Head And The Heart

The Head And The Heart have announced their forthcoming LP, Living Mirage, due out on Warner Bros. Records/Reprise!

Early last year, The Head And The Heart came together in the Mojave Desert's Joshua Tree where they decided to shed old skin before writing their fourth album, Living Mirage, a sweeping, artful expansion of the earthy folk rock that once defined them. This recent "rebirth, a spirit quest of sorts," as bassist Chris Zasche describes it, came from growing pains after their last album, Signs of Light: the amicable departure of guitarist-vocalist Josiah Johnson, replaced by Matt Gervais (husband to singer-violinist Charity Rose Thielen), and the return of keyboardist Kenny Hensley.

With a new beginning underway, the writing and recording process continued out of the desert, moving to Appleton, Wisconsin's The Refuge Fox Cities, West Seattle, Omnisound in Nashville, and Barefoot Recordings in Los Angeles with the help of Tyler Johnson and Alex Salibian (Harry Styles, Sam Smith, Cam) and engineer Ryan Nasci. The result is a series of what singer Jon Russell sees as a sort of chronicle of stories and perspectives.

"In my mind, the songs on this album are vignettes," Jon says. "Like 'Brenda' reminds me of when you're a teenager at a house party. You're surrounded by noise—'What am I doing here?'—and a ray of light comes down and you notice this person. You're like, 'Maybe I will stay.' These songs feel honest."

The palpitating-choral Missed Connection is a poignant snapshot of the anxiety that preceded that growth spurt. "A lot of the beats on that song are quicker, and there are high hats that were never in our music before," drummer Tyler Williams says, attributing the new sounds to their love of pop and hip-hop production. The track began as a remembrance of how Jon met his girlfriend, until morphing into a potent metaphor for the band—which met serendipitously around an open-mic night in Seattle 10 years ago—suddenly wondering, as he recalls, "Is it all going to work?"

Living Mirage lives up to its title, a shapeshifting fever dream of unease, angst, and ultimately hope. "This is literally the most work we've ever done on an album," the band's Jon Russell remarks, proudly.

Artist: Head And The Heart

1. See You Through My Eyes