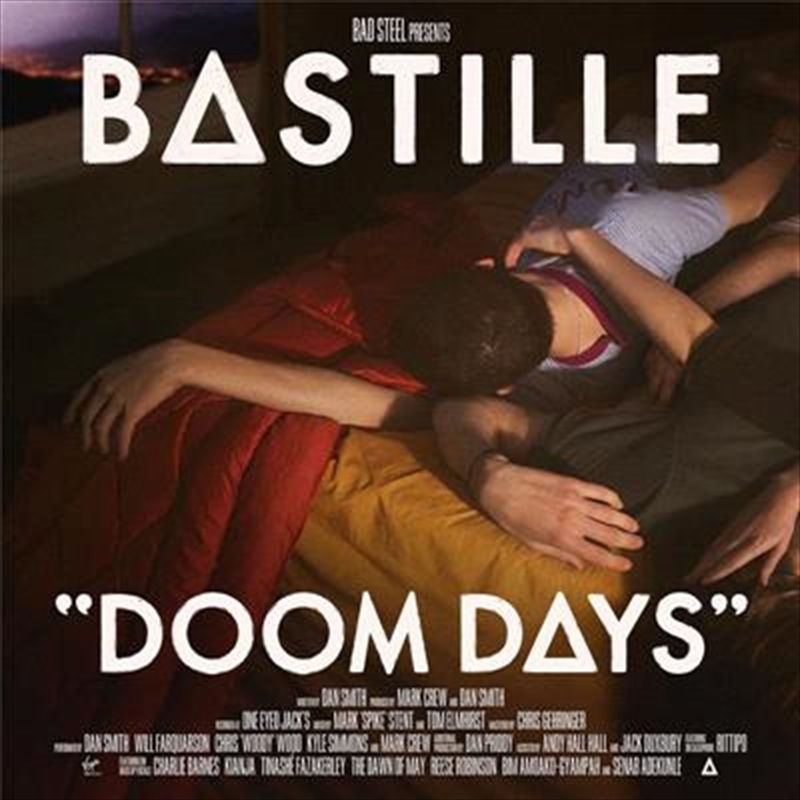 Doom Days, Bastille’s grippingly confident third album, is a record of hope for turbulent times. Made by Dan Smith with bandmates Kyle Simmons, Will Farquarson and Chris ‘Woody’ Wood, and producer Mark Crew, it sees the Grammy nominated, Brit winning four-piece stretch out and open-up like never before.

Doom Days finds Bastille at their most lyrically provocative, most accomplished, and most vital. It taps into globally felt worries whilst also working on a much more intimate level. Setting the album over the course of one night allows the band to hold a mirror up to the world using personal, relatable situations. Doom Days is a record that celebrates real human connections and urges us to keep searching for moments of elation.

It’s an album that starts in the middle of an Uber ride through the city streets and ends waking on the kitchen floor with the healing sounds of euphoric new single Joy, which sees the demons of life's hangovers dispelled by a simple phone call from someone special.

“That glimmer of hope at the end of the album says everything,” says Dan. “The smallest human gesture can pull you back from the brink.”