Turn Off The News - Build A Garden 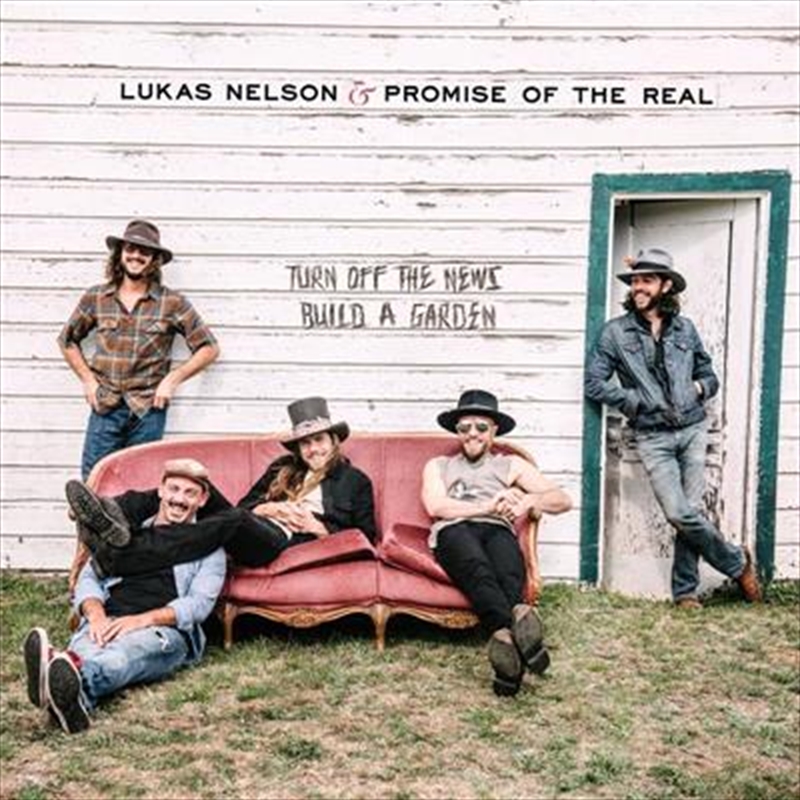 Turn Off The News - Build A Garden

Lukas Nelson & Promise of the Real return with Turn Off The News, their 2nd full-length album for Fantasy Records.

Lukas and his top-flight band of brothers: bassist Corey McCormick, drummer Anthony Logerfo, percussionist Tato Melgar and multi-instrumentalist Logan Metz, have seen their profile rise dramatically in the two years since the release of their self-titled Fantasy debut. In the past year alone the band headlined shows all over world, collaborated with Lady Gaga and Bradley Cooper on the A Star Is Born soundtrack and appeared alongside them in the film, all while continuing to blow minds as Neil Young’s go-to musical ensemble both on the road and in the studio.

Co-produced by John Alagia and Lukas Nelson & Promise of the Real and recorded at Shangri-La in Malibu and The Village Studios in West L.A., Turn Off The News features the band’s most mature and absorbing work of their career. Guest turns include background vocal and instrumental support from: Kesha, Margo Price, Sheryl Crow, Shooter Jennings, Lucius,Willie Nelson and Neil Young.

On songs like the Wilburys inspired album opener, “Bad Case,” the poignant and relevant title track, “Turn Off The News,” the 60’s infused R&B of “Save A Little Heartache,” and the vulnerable balladry of “Mystery,” Lukas brings his prodigious gifts to bear, as a songwriter, a singer, a guitarist and band leader – an artist at the peak of his powers, ready to seize the tremendous opportunity at hand.

Title: Turn Off The News - Build A Garden

Artist: Lukas Nelson And Promise Of The Real

2. Turn Off The News (Build A Garden)

3. Where Does Love Go

4. Save A Little Heartache