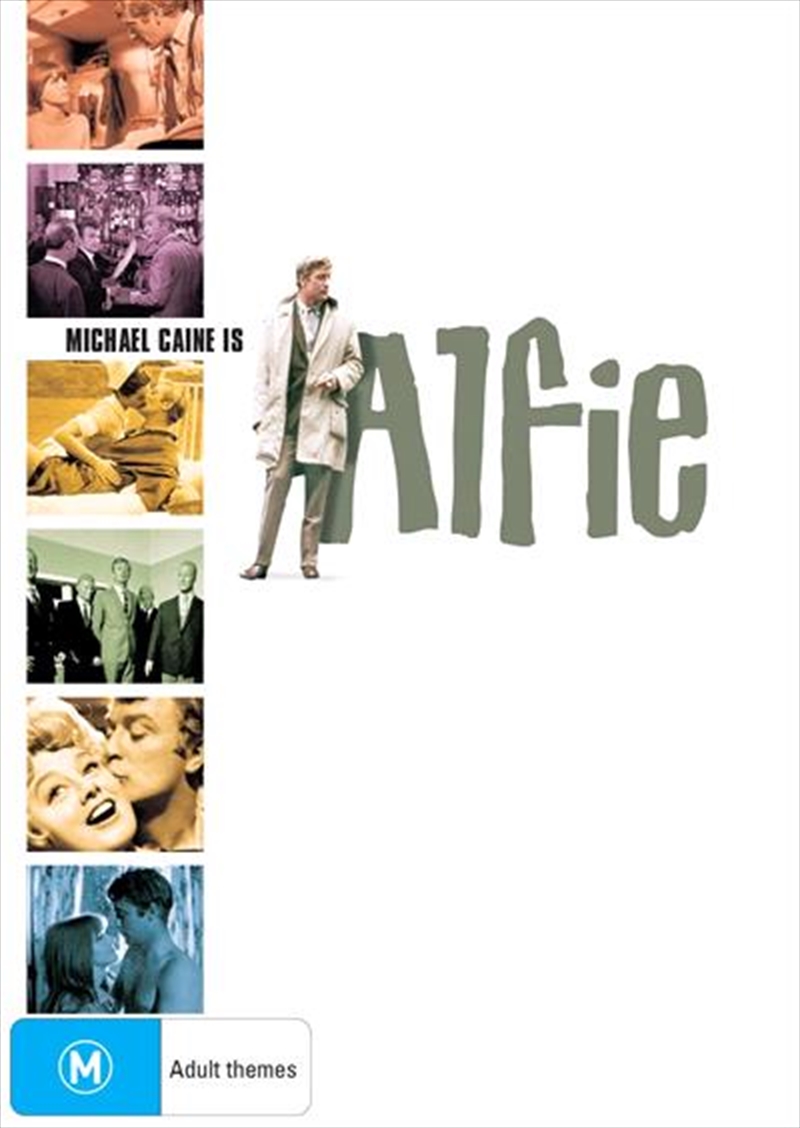 Michael Caine is Alfie is Wicked!

An unrepentant ladies' man gradually begins to understand the consequences of his lifestyle. Micheal Caine stars as Alfie, a Cockney Casanova, in this outstanding example of 1960s British film-making. Alfie is a good-looking charmer, who finds that the Swinging Sixties are a great time to be around in. He's always able to sweet-talk women into bed, and he just doesn't care about the consequences. The film charts Alfie's complex and amoral amour, while he offers his own perspective, addressing the camera with his observations on life and love. Great performances from Caine, and from Shelley Winters, Vivien Merchant and Julia Foster as some of the women in his life, make this drama a memorable depiction of the sexual revolution.Synopsis - Alfie (2004) For Alfie (Judie Law), life was about enjoying everything women could offer one night at a time. From wealthy widows with a taste for younger men (Susan Sarandon) to his single-mum girlfriend (Marisa Tomei), Alfie had it all? and wasn't looking for anything else. But when the consequences of his playboy lifestyle suddenly affect the women in his life and his best friend (Omar Epps), Alfie begins to wonder if there is more to life than these fleeting romances. And if so, what's it all about?
TRAILER
DETAILS