Dead In A Week - Or Your Money Back 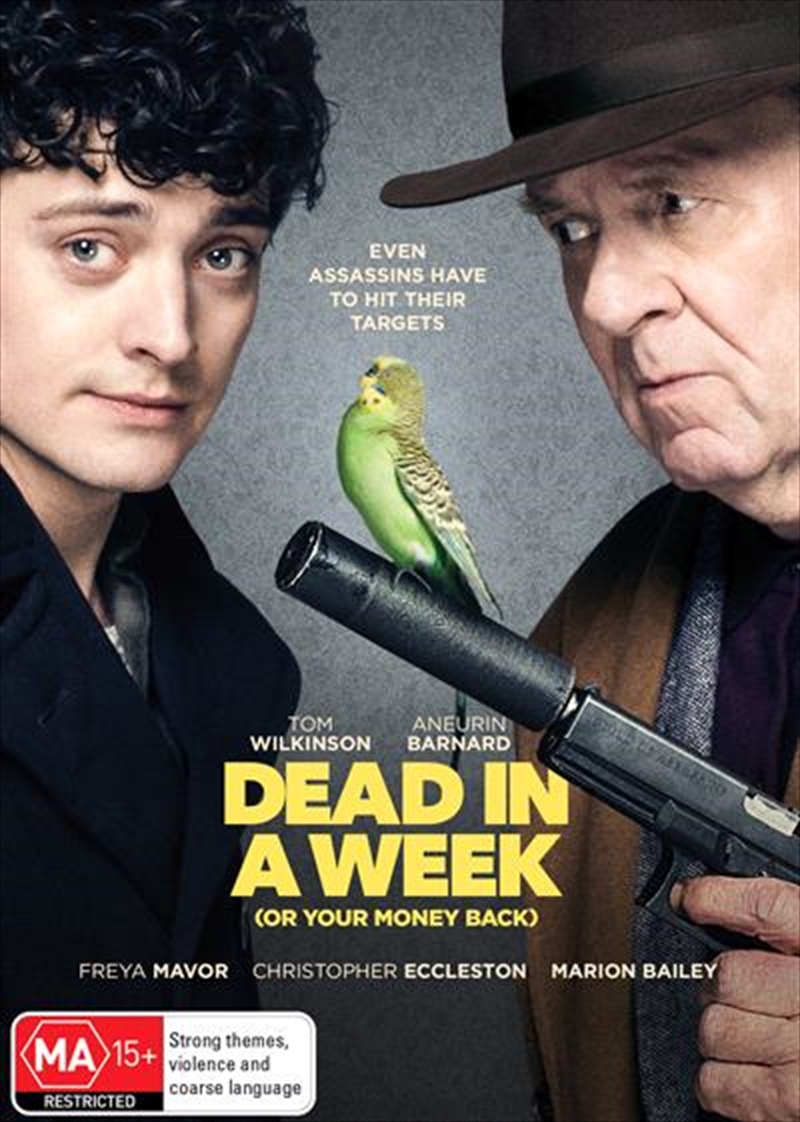 Dead In A Week - Or Your Money Back DVD

Even assassins have to hit their targets.

Ageing hit man Leslie (Tom Wilkinson, The Full Monty) is a one-man euthanasia clinic with a good heart but a shaky hand. His new boss at The Guild of Assassins is all about quotas and Leslie's been reduced to searching suicide hotspots for potential clients to help him meet targets. It's a chance encounter on a bridge where Leslie meets William, a 27 year-old man on his seventh unsuccessful suicide attempt. William sees an opportunity to outsource his death to Leslie but with the contract signed and death assured within a week (or his money back) William finally discovers a reason to live.

Title: Dead In A Week - Or Your Money Back