Night Eats The World, The 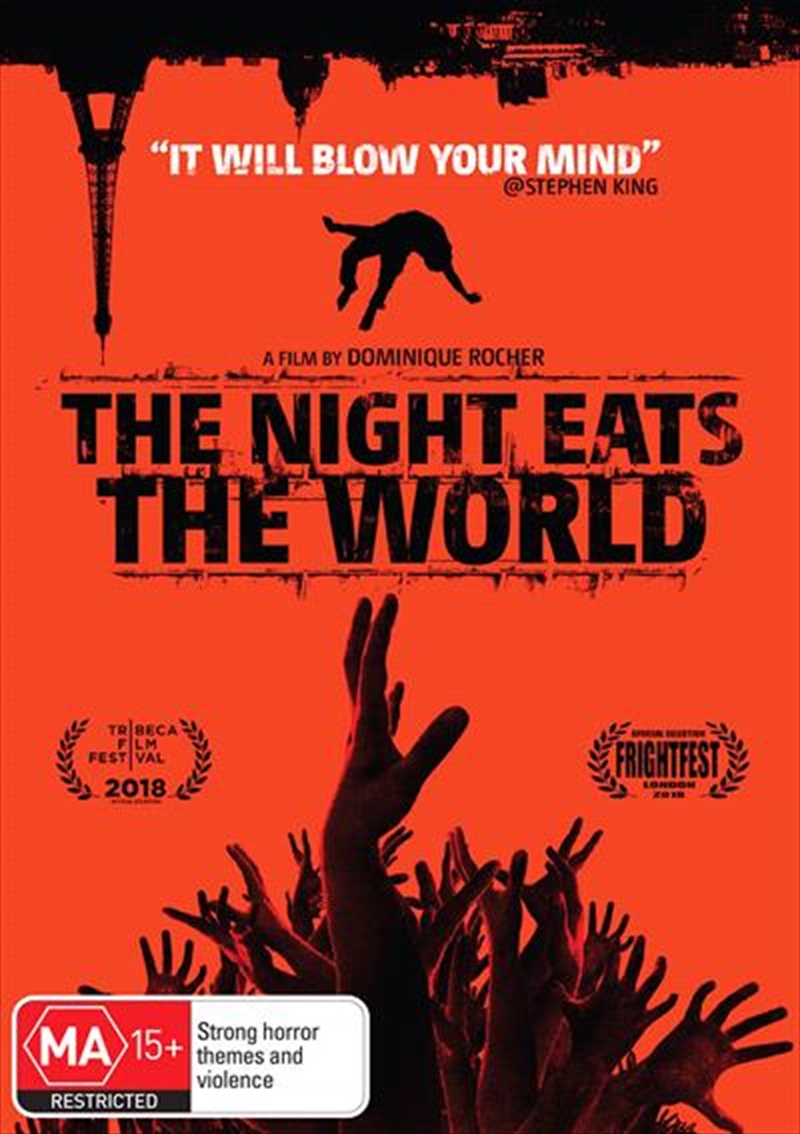 Night Eats The World, The

The Night Eats The World DVD

The horror of the undead fuses with the terror of loneliness and despair in The Night Eats The World, a powerful and nerve-wracking thriller that will stay with you long after the credits roll. After waking up in a deserted Paris apartment the night after a raging party, Sam comes face-to-face with his new reality the citys inhabitants have turned into blood-thirsty creatures and it appears he is one of only a few survivors. Barricaded inside the building, he organises himself for survival and protection from the undead, but soon realises that fear and loneliness may be worse than the terror that lurks outside.

Review of The Night Eats The World by Peter Walkden

Sam (Anders Danielsen Lie) lives in Paris and seeks out his ex-girlfriend at a party to collect a box that was mistakenly taken by her after their break up. While Sam is hanging around at the party, he has an incident which leads him to fall asleep all alone in an office.
When he awakes, he finds the world outside is now entirely overtaken by Zombies! Sam will now need to gather all materials & investigate the apartment building to try and survive this major world-changing event.
As a film, this is genuinely a clever Zombie flick. Our movie is led by one male actor for the majority of the film’s duration, along with a few extras who are playing zombies. Actor Anders Danielsen Lie does a top job at being the leading man, particularly when it comes to grabbing supplies and wandering around the abandoned building.
The visuals here are tremendous and easily one of the best elements of this film. I have to give such praise the film’s make up team. The zombies here are brilliant. The level of detail on every Zombie is incredible- blood and guts are just some of the praiseworthy effects.
Overall, this is a zombie film that brings something new and some creative ideas to the screen. Visual effects and costume designs are excellent. One male actor carries the film’s plot for the majority of the film, which is quite impressive to see. The Night Eats The World is an incredible film for all Zombie lovers.
Peter has written this movie review for Sanity. See more from Peter here

Title: Night Eats The World, The