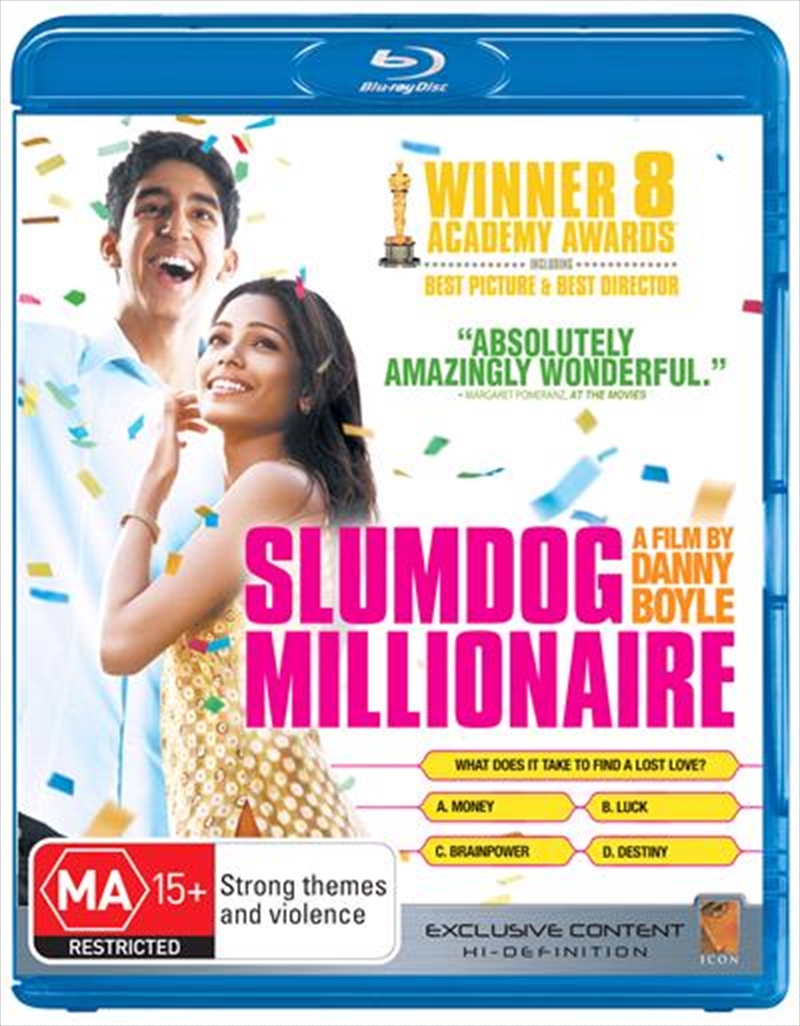 From award winning British filmmaker Danny Boyle (Trainspotting, 28 Days Later) and written by the Oscar nominated writer of The Full Monty. Based on the award winning book Q & A by Indian writer Vikas Swarup and winner of the 2008 Cadillac People's Choice Award at the Toronto Film Festival.
Jamal Malik, an 18 year-old orphan from the slums of Mumbai, is one question away from winning an amazing 20 million rupees on India's ''Who Wants To Be A Millionaire?''
Jamal, is arrested on suspicion of cheating. For Jamal to win back his freedom and chance to win, he tells the police the incredible story of his life on the streets of India, and of the girl he loved and lost. However, the persisting questions remain: What is a slumdog with no interest in money doing on the show? And how does he know all the answers?
TRAILER
DETAILS