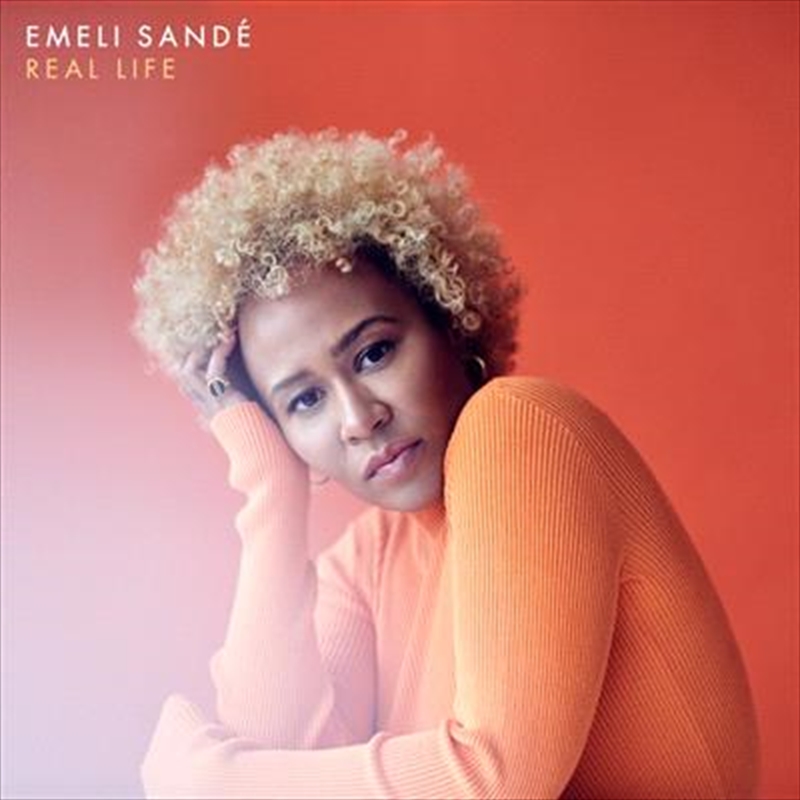 Recorded following an intense personal journey of self- doubt and self-discovery, Real Life marks a brand-new chapter and with it a bold, confident and fearless new sound. It’s an extraordinary album and emblematic of an artist emerging defiant and powerful.

Feeling attuned with the disenfranchised state of the world, the vision for Real Life is to give people hope and confidence, “Especially people who have been marginalised, forgotten or kicked down by this invisible oppression that’s always there,” Emeli says. “I just want to give people this incredible superpower every time they play the album.

Like a battery pack – by the end of the album they’re going to feel restored.” Indeed, Real Life does just that. With all lyrics written by Emeli and working with the likes of Salaam Remi, James Poyser and Troy Miller, who produced every song, the album’s 11 tracks act as warm balm for anyone looking for positivity.

Opening track, the compelling Human is a sobering reminder of our vulnerability that sets the tone for the record as Sandé sings, “We all human/We all go through things.” This is followed by the acoustic guitar lead Love To Help, a poignant and smooth statement of solidarity, while on the soaring You Are Not Alone, the singer, flanked by the halo of a choir, returns with the anthemic sound that made her a star.

Building on this momentum is lead single Sparrow, an empowering track that showcases the singer’s dynamic voice on top of marching drums, resonant pianos and resplendent backing vocals, as does the sermonic Survivor, with its flecks of R&B and gospel.

Honest, a tender piano ballad, sees the singer deliver one of the most emotive songs of her career, and the cinematic, string-led Free as a Bird, which closes the record, is timeless. Elsewhere, like on the disco-tinged Extraordinary Being and soulful Shine, Emeli pushes her sound further than ever, showcasing the faith of a woman and an artist who now truly understands herself, “I feel grounded,” she says.

“With this album, I knew exactly what I wanted to say and do. I’ve came out the other side more confident, happier with more self-love.” With over 340 million video views, 19 million singles sold including 3 number one UK singles and over 6 million albums, Emeli Sandé has dominated the music industry and captured the heart of the Nation. Her debut album Our Version of Events, released in 2012, was the biggest selling album of that year and the second biggest of 2013.

The album also broke the chart record for the most consecutive weeks inside the Top 10, breaking the 50-year record previously held by The Beatles. The singer has won numerous accolades including 4 x Brit Awards (Critics Choice, Best Album and Female Solo twice, most recently in 2017 for her second album, Long Live the Angels) and in 2018 was awarded an MBE for services to Music.

Emeli Sandé is an artist who can finally say that she’s the best version of herself.

03_You Are Not Alone