Back In The Swing 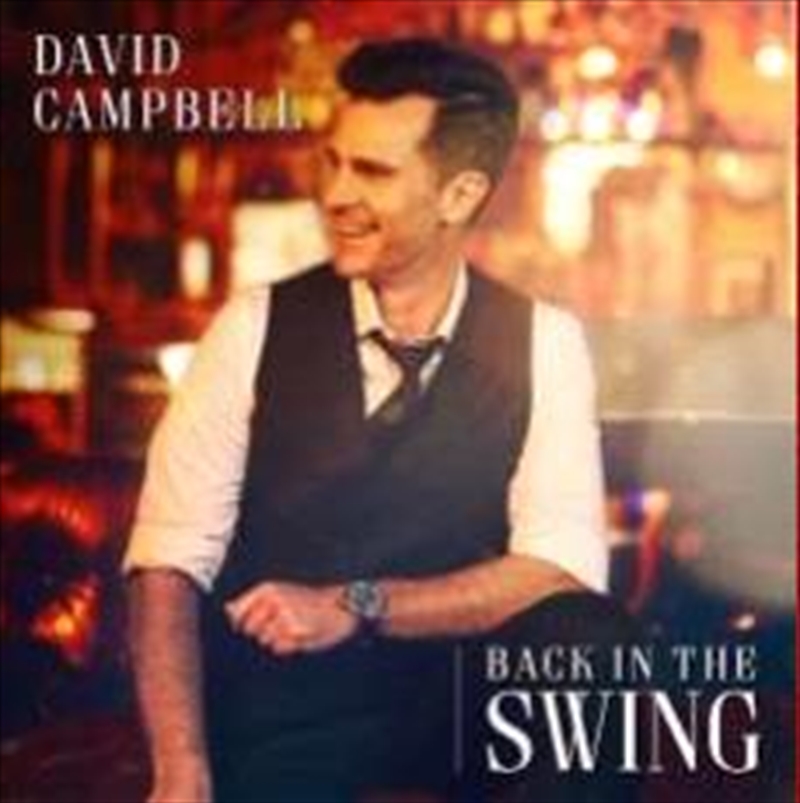 Back In The Swing

David Campbell Back In The Swing CD

David Campbell knew there was legs in the idea of a new swing album when he played a little known song called Make Love one night in Adelaide and watched the room go wild. Something repeated the next show. And the one after that.

“And every time I did it the dancefloor filled by the first or second chorus, even though they didn’t know the song,” he says of the Joe Cang number he discovered on Youtube. “It’s a feelgood song, and it’s modern and it’s new and it doesn’t feel like it’s come out of an LA factory”. Campbell, once more with the help of storied arranger and producer Chong Lim, and his on-stage musical director Joe Accaria, built Back In The Swing, around Make Love, determined to mix traditions with new ideas.And wait, isn’t that Ian Moss singing with Campbell on another Frank Sinatra standard, the tender, string-laden In The Wee Small Hours Of The Morning? Yes, and what’s more the Cold Chisel man contributes an evocative, unexpected, electric guitar solo.

““I said to Mossy then, if I do another swing album, I think you should do a track. It’s a joy to sing with him, and it’s a funny take on what would happen if Cold Chisel was a jazz band.”
If that’s a question that has probably never been asked, one question Campbell had before following up his Top Ten albums The Swing Sessions and The Swing Sessions 2, was what kind of singer was he now, more than a decade on. Here again he looked to his heroes, like Johnny Mathis, Nat King Cole and Tony Bennett, whose sound matured as they matured.

“What they did really well, which we are sort of losing the art of, was they just aged it like cheese, or wine: they let it breathe,” he says. “For me, I really want to let these arrangements breathe so it was a conscious decision for Chong and I to feel like we were growing up with the album, as opposed to feeling like we were still trying to be young and ring-a-ding ding.”

Title: Back In The Swing

For Once In My Life

Walkin’ My Baby Back Home