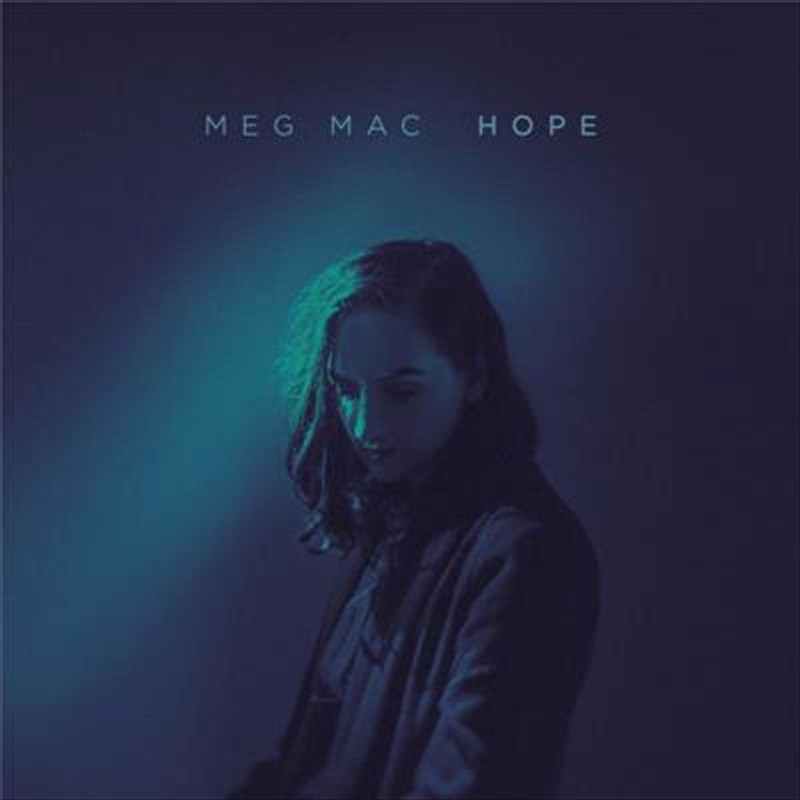 'HOPE' is a powerful set of new songs which includes the anthemic ‘Give Me My Name Back’ and emotionally charged offering, ‘Something Tells Me’. Meg Mac’s career has soared to ever-increasing heights since the release of her self-titled, platinum selling EP and debut album ‘Low Blows’, which landed at #2 on the ARIA Albums Chart.

She has one of the most breathtaking and profoundly soulful voices in music today; an expressive and emotive instrument that brings drama to her songs about vulnerability, self-worth and loss of identity.

“My voice is who I am more than I can ever be,” Meg Mac says. “It’s when I can be free and say what I want.” Meg Mac follows her sold out 2019 Give Me My Name Back Australian tour and the release of ‘Hope’ with a performance at Splendour in the Grass in July.

"Give me my name back” Meg Mac chants on the lead single from her dark and reflective new mini-album ‘Hope’. All of these emotionally fuelled tracks that make up the seven track record have a very hopeful and empowering demeanour to them which sets the pretence for the listening experience. The anthemic lead single carries this huge emotional weight as she looks at reclaiming her name after the impact of emotional and physical abuse. From there the album continues a moody outlook as she realises her past actions she’s made and the growth she wants to have on ‘Something Tells Me’. But it’s the title track ‘Hope’ that really stands out with it’s unique perspective on the topic in question. Looking at hope as a negative thing, she questions the idea of hope being almost like a curse. “I’ll hold on baby, till it kills me”. The production is dark, moody and soars with an almost science fiction influenced attribute. ‘Head Away’ has a cinematic touch that perfectly flows into ‘I’m Not Coming Back’ which is a song I could imagine played on The Bold Type during an emotionally driven scene. ‘If You Want Me To Stay’ is very similar to the material you became acquainted with on her debut album and has that same festival ready approach. But the final track ‘Before Trouble’ layers a vocal heavy production that shows her production in a different light. It’s a very experimental sound for the singer-songwriter that highlights the original DIY approach to her music. This is a strong collection of songs that are really created to come to life in her live show and her fans will be happy to hear that as her shows continue to sell out.
See more from Thomas on his website
DETAILS