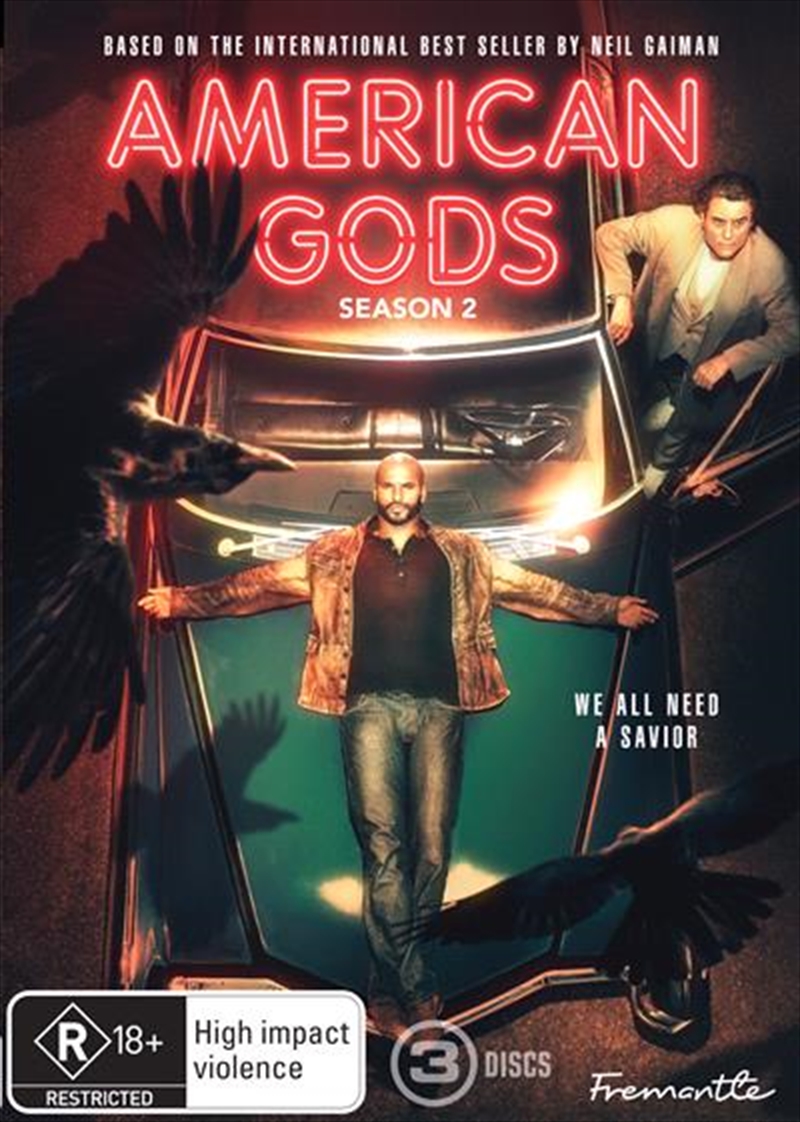 In season two, the battle between Old Gods and New Gods continues to brew as we join Mr Wednesday just a few short hours after his declaration of war and the epic showdown that ensued at Easters party. While Mr World (Crispin Glover) plans revenge for Wednesdays attack, Mr Wednesday continues his quest to pitch the case for war to the Old Gods with Shadow, Laura (Emily Browning) and Mad Sweeney (Pablo Schreiber) in tow. When things don't go as planned after an encounter at the House on the Rock, both Old and New Gods, as well as those they meet along the way, find themselves on quests across America all destined in some way for Cairo, Illinois. Shadow will begin to understand this strange world of the gods and carve out a place in it as a believer in order to survive. But change will require sacrifice.
TRAILER
DETAILS