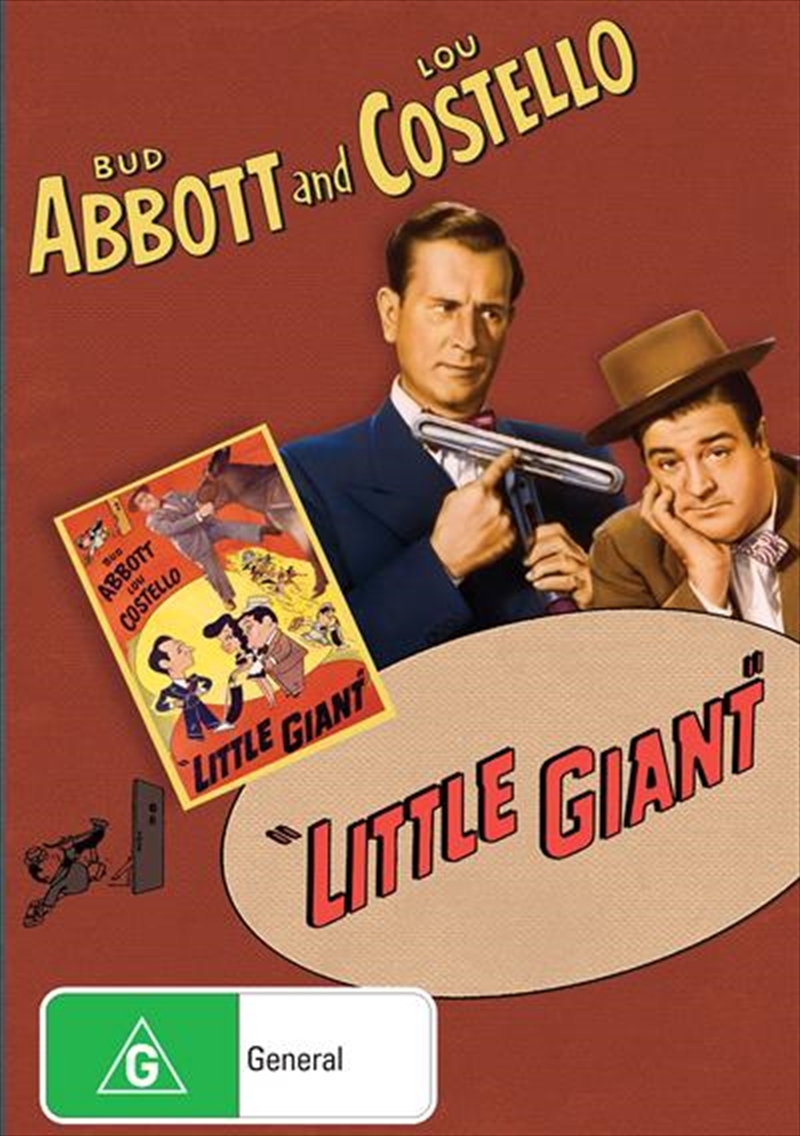 Little Giant makes a wonderful departure for Abbott and Costello as the two are called upon to involve themselves in a comedy without being a team. They acquit themselves with aplomb and show off a depth and talent for side-splitting gags. Costello plays Benny Miller, a country bumpkin from Cucamonga who takes on a correspondence course in salesmanship then heads for the big city to make his big career move. Once there, he looks up his uncle, who works at a vacuum cleaner company. After several disasters, Benny winds up at a company branch office where coworkers play a prank on him, convincing him that he can read minds. Strange as it seems, this is just the tonic Benny's self-esteem needed and he works his way up to Salesman of the Year. The films appeal comes not only from the usual hilarity expected of an Abbott and Costello venture, but also from the extraordinarily strong performance of Lou Costello as the little guy with big dreams. Dual roles keep Abbott equally busy, and Little Giant remains a testimony to the diverse great talents of these two legends.
DETAILS