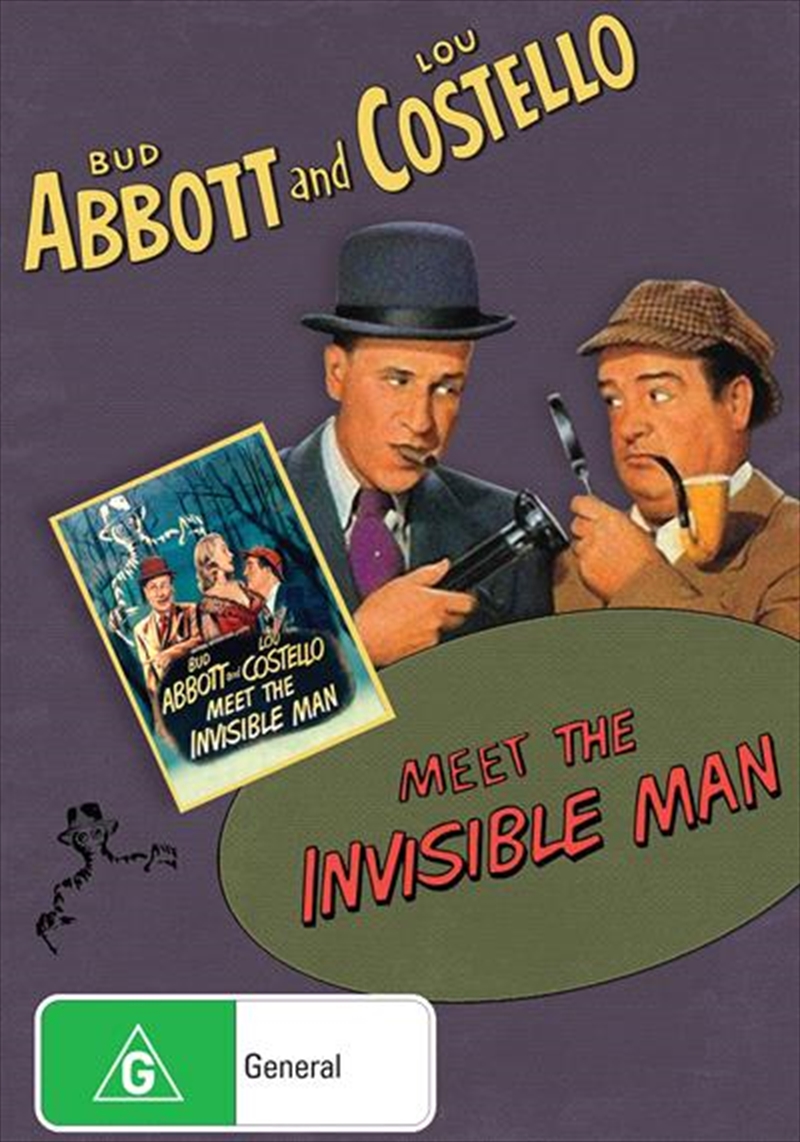 Comedy legends Bud Abbott and Lou Costello encounter one of Universals most unforgettable monsters in Abbott and Costello Meet The Invisible Man. Recent detective school graduates Bud and Lou are minding their new business when accused killer Tommy Nelson (Arthur Franz) bursts into their office. Proclaiming his innocence, he convinces the two to get him to his beautiful fiance Helen (Nancy Guild). Just as the police arrive to investigate, Tommy injects himself with invisibility serum being developed by Helen's uncle. Tommy convinces Lou to go undercover as a boxer to help expose the real killer. With Tommy's unseen assistance, Lou reluctantly goes into the ring as Lou the Looper for one of the most hilarious fight sequences ever filmed.
DETAILS