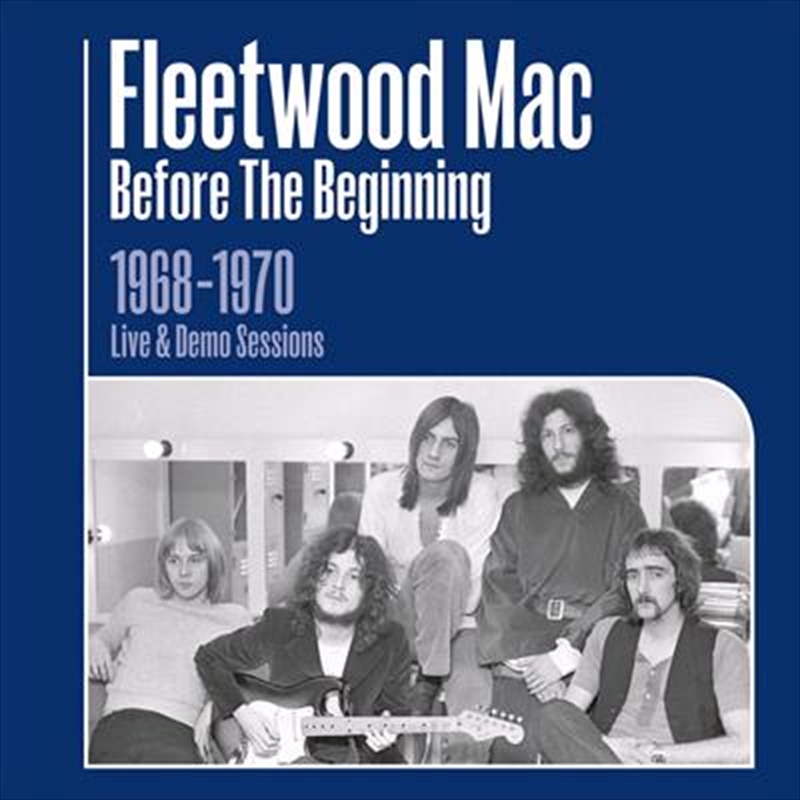 Two live recordings from 1968 and 1970 have recently been discovered of Peter Green’s Fleetwood Mac and released as a 3CD Boxset, that also include rare band images and a brand new essay.

Not much is known about the live recordings. Discovered unlabeled and by pure luck in the US, their era has been authenticated by experts of the bands blues origins. Fleetwood Mac has given their full approval for the release of these tapes. Peter Green’s Fleetwood Mac had a short but hugely prolific career, with the 1968 recording being at the early stages of the band, and the 1970 recording will, in contrast, be one of their final shows before Peter left the band.

The recordings were discovered in incredibly good condition considering they have been untouched for over 40 years, they have been restored and provide a vital insight into the very earliest incarnation of one of the world’s biggest bands.

2. Something Inside of Me (Live) (Remastered)

3. The Woman That I Love (Live) (Remastered)

3. Have You Ever Loved A Woman (Live) (Remastered)

6. I Loved Another Woman (Live) (Remastered)

6. Before the Beginning (Live) (Remastered)