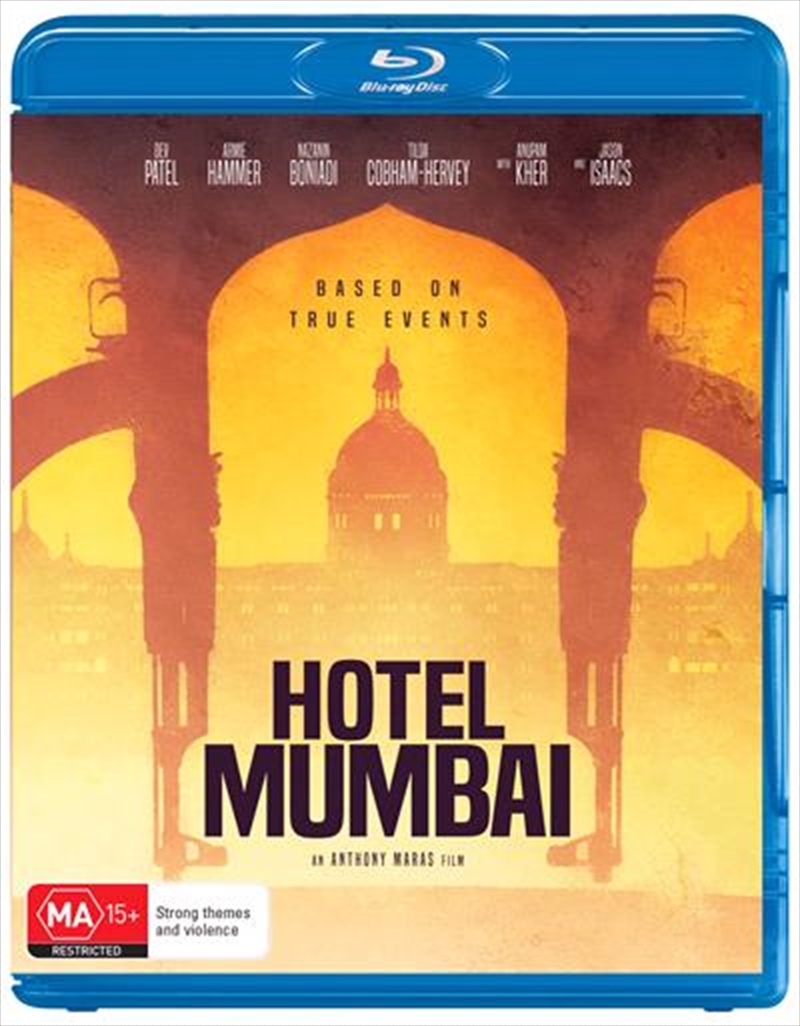 Based on true events

The true story of the Taj Hotel terrorist attack in Mumbai. Hotel staff risk their lives to keep everyone safe as people make unthinkable sacrifices to protect themselves and their families.

Review of Hotel Mumbai by Eddie @ The Movie Guys

It’s never an easy task making a feature film of an horrific real life event, here in Hotel Mumbai the dramatization of the 2008 terror attacks that shook the country of millions and the world, but Australian director Anthony Maras manages the tricky balance of making a film that educates viewers about this terrible occurrence, while also shining a light on the many heroic actions that brought out the best of humanity in an otherwise dark and evil time.
Instead of trying to encapsulate all of the terror that took place in Mumbai during these events, Maras instead focuses mostly on the horror that unfolded in the renowned and upmarket Taj Hotel, filled with guests and staff from all over the world, who were facing a battle for their lives for a number of hours as gun toting and grenade wielding extremists infiltrated their grounds and acted out a bloodthirsty and cowardly planned attack on the facility.
By doing this Maras is able to build up a number of different characters we begin very early on to care for, from Dev Patel’s kindly staff member Arjun, Anupam Kher’s head chef Oberoi, Nazanin Boniadi’s and Armie Hammer’s newly married couple Zahra and David and Tilda Cobham-Hervey’s nanny Sally, all of whom are based on real life victims of the attacks or a combination of real people that found themselves in the hotel on that fateful day.
In doing so Hotel Mumbai finds an almost constant feeling of tension and unease as these people we’ve got to know find themselves face to face with the very worst kind of religious violence, mindless and unwavering in its blood-lust and Maras handles the expansive cast and more close quarters confinement of the horrific attack with aplomb as he covers all bases of the incident.
A confronting and unwavering feature length look at one of India’s darkest days, Hotel Mumbai is an impressive Australian backed production that acts as a taut and tense thriller and an insightful exploration of a true life terror.
See more from The Movie Guys on their website