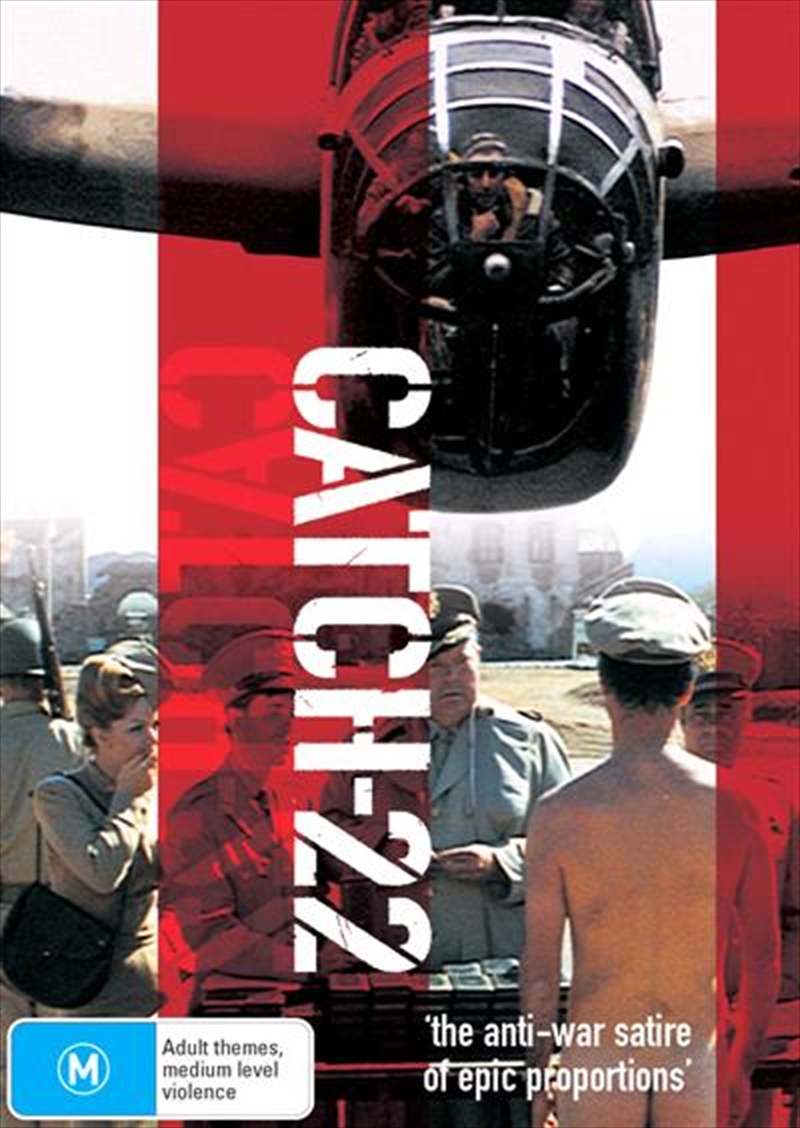 A man is trying desperately to be certified insane during World War II, so he can stop flying missions. Mike Nichols superbly directed this cinematic adaptation of Joseph Heller's scathing black comedy, the tale of a small group of flyers in the Mediterranean in 1944. There are winners and losers, opportunists, and survivors. Separately and together, they are nervous, frightened, often profane, and sometimes pathetic. Almost all are a little crazy. Catch-22 is an anti-war satire of epic proportions.