Save The Last Dance 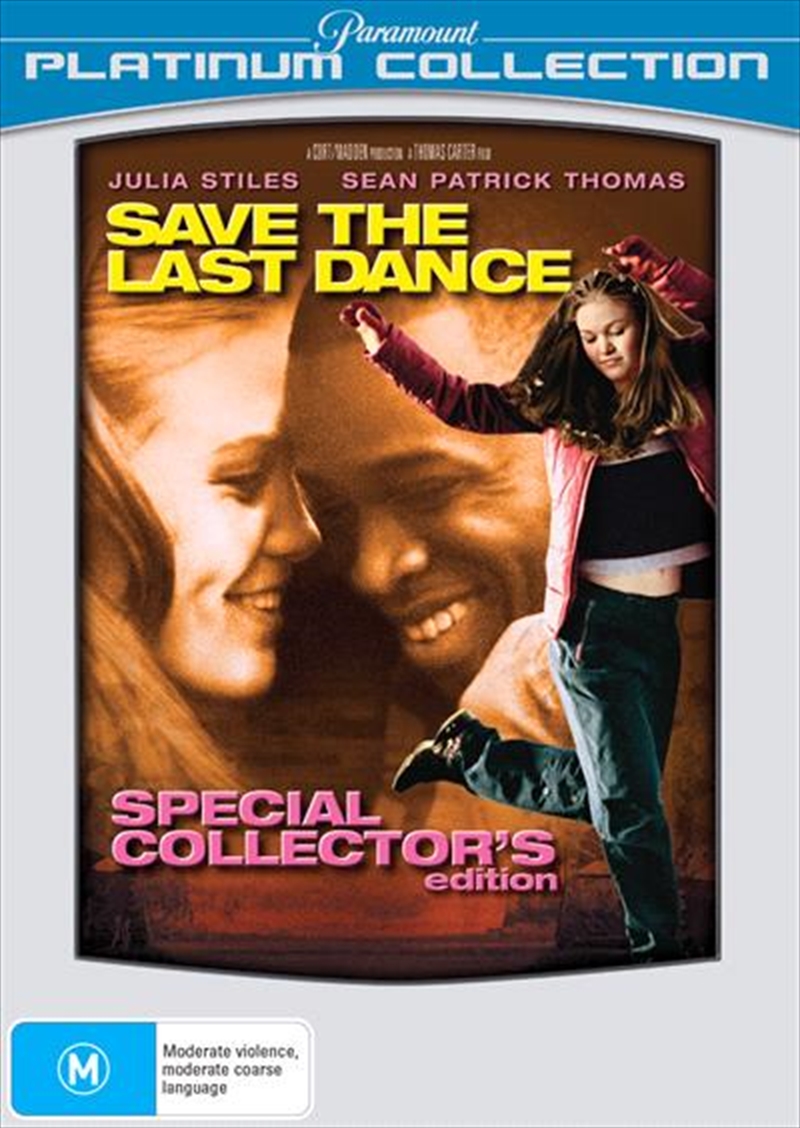 Save The Last Dance

Save The Last Dance DVD

A white midwestern girl moves to Chicago, where her new boyfriend is a black teen from the South Side with a rough, semi-criminal past. Sara (Julia Stiles) is a small-town girl with a big dream: to become a world-class ballerina. But when her mother suddenly dies, Sara must abandon her plans and join her estranged father (Terry Kinney) on Chicago's gritty South Side. A white girl in a predominately black neighbourhood, Sara feels out of place - until she is befriended by a black classmate, Chenille (Kerry Washington), and her handsome brother, Derek (Sean Patrick Thomas). Sparks fly between Sara and Derek, whose shared love for dance leads to romance. But as Sara and Derek's relationship grows, so does opposition from their familes and friends. Now Sara and Derek face the biggest challenge of their young lives - to stay true to their dreams...and each other.Pulsing with the beats of today's hottest hip-hop music, Save The Last Dance "will have you dancing in your seat."
TRAILER
DETAILS

Title: Save The Last Dance