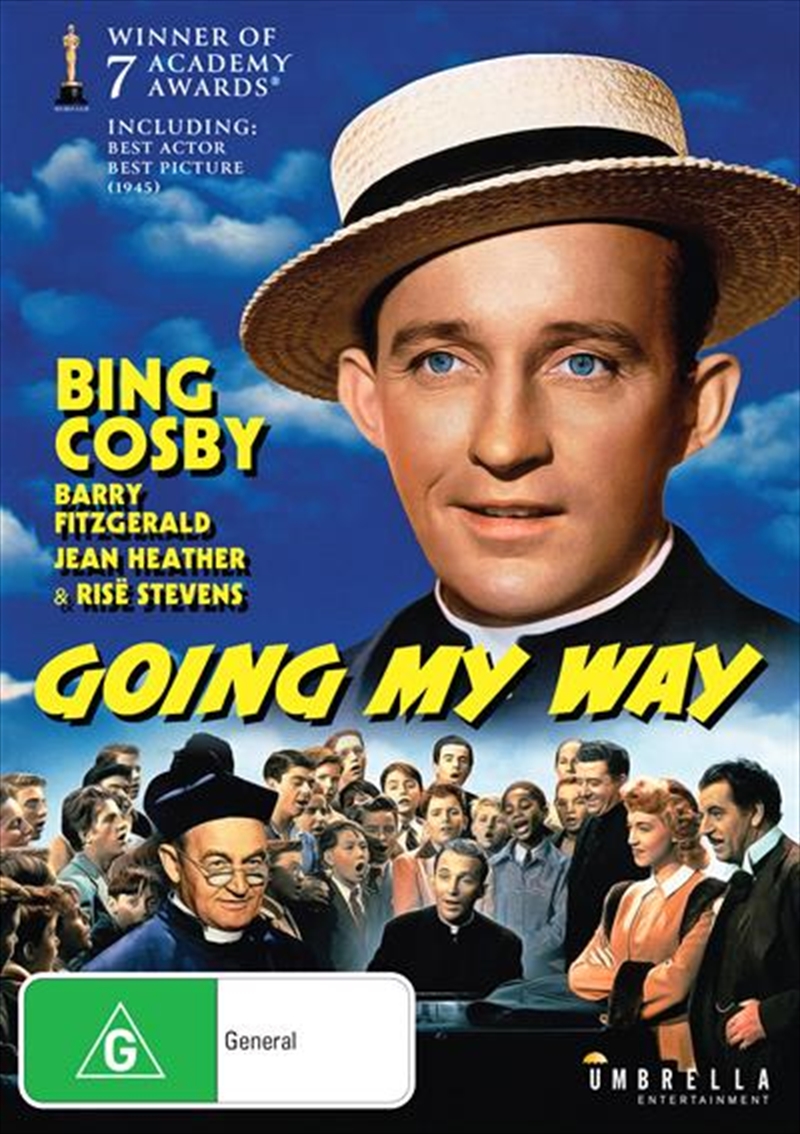 Going My Way is a heart-warming and original film that captured seven Oscars TM including Best Actor (Bing Crosby), Best Picture and Best Director. When young Father O'Malley (Crosby) arrives to join the congregation at an old established church, things get complicated. St Dominic's crusty old Father Fitzgibbon (Barry Fitzgerald) doesn't think much of O'Malley or his ideas. These two priests simply can't agree. But when O'Malley's fresh methods succeed in reaching out to the neighbourhood's toughest kids the community starts to change. The neighbourhood becomes closer as the church's meaning grows dearer to their souls. Going My Way is filled with music from the classic "Ave Maria," sung by Metropolitan Opera Star Ris? Stevens, to the light-hearted "Three Blind Mice" and the Academy Award TM winning "Swinging on a Star."