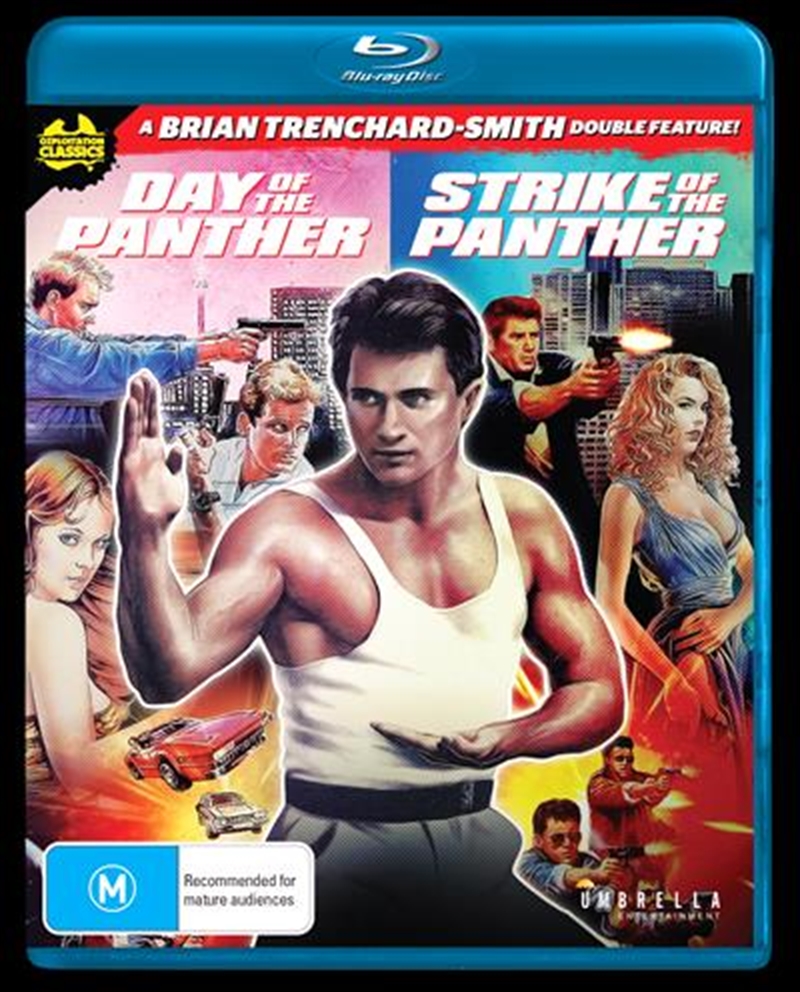 Day of the Panther - Martial-arts expert, Jason Blade (Edward John Stazak, Strike of the Panther, Black Neon)goes after a criminal gang and its boss, who were responsible for the death of his partner.
Strike of the Panther - Jason Blade is back!. After rescuing the daughter of prominent businessman David Summers, from a brothel in Dalkeith, he forms the Crime Task Force to assist in the capture of Jim Baxter (James Richards, Agent Provocateur). When Baxter kidnaps Blade's girlfriend, Gemma Anderson (Paris Jefferson, The Counsellor) Blades seeks revenge but Baxter has found refuge in a deserted power station and wired it with enough explosives to destroy half of Perth.
DETAILS