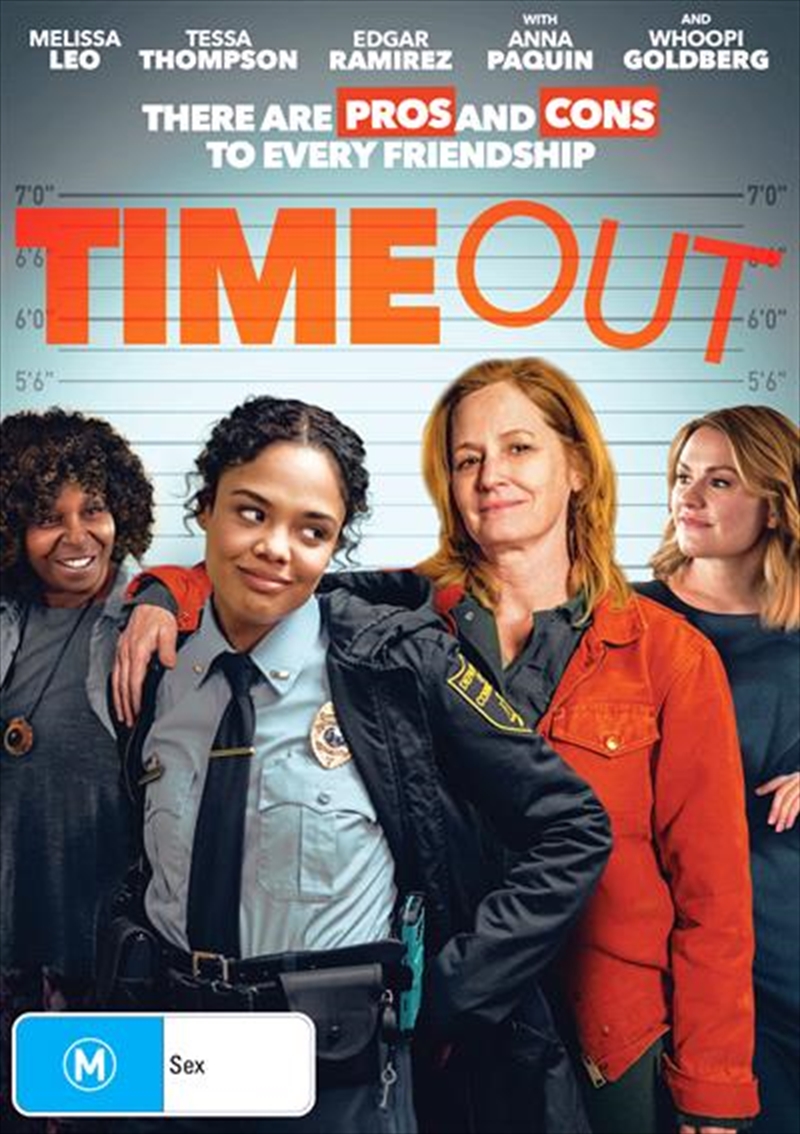 Nicole Stevens (Tessa Thompson), a hardworking, single woman who lives with and cares for her aging mother (Whoopi Goldberg) and works part-time at a local jail, gets the chance to prove herself when she is tasked with accompanying Joan Anderson (Melissa Leo), a free-spirited and unruly prisoner, on an emergency furlough to visit her dying mother. Their 36-hour journey goes hilariously - and also movingly - awry, as the two women become, against all odds, the unlikeliest of friends. With a supporting cast that includes Academy Award winner Anna Paquin and Edgar Ramirez, Time Out is a trip not to be missed.