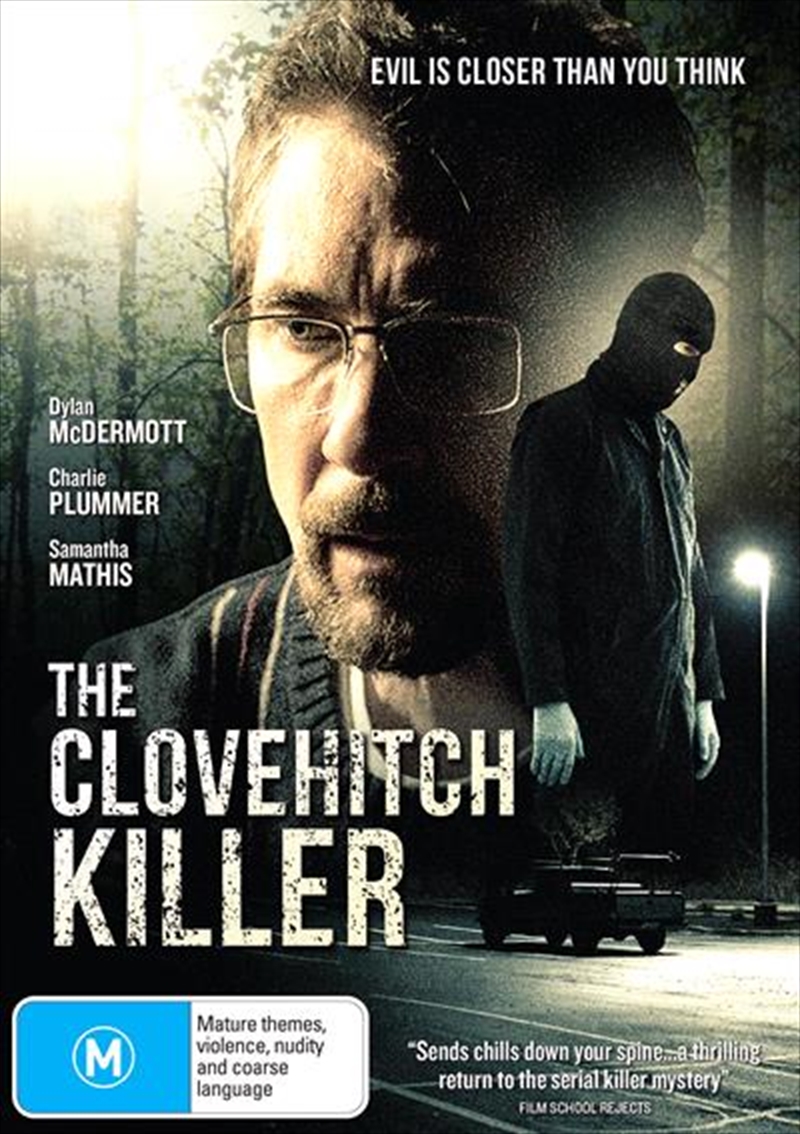 Every Family, Every Man, Has a Secret.

A shocking revelation turns a teenage boys world upside down in this chilling look at the evil that can lurk below even the most wholesome surface. Tyler Burnside is a Boy Scout, a volunteer at his local church and the dutiful son of an upstanding community leader. Only one thing troubles the quiet town he lives in - the unsolved murder of ten women who were brutally tortured and killed by a psychopath known as Clovehitch. When Tyler discovers a cache of disturbing images in his fathers possession, he begins to suspect that the man he trusts most in the world might be Clovehitch, and that his deadly rampage may not be over. With unrelenting tension, director Duncan Skiles crafts a picture-perfect vision of the all-American familyand then piece by piece rips it to shreds.
DETAILS