Spying Through A Keyhole - Boxset 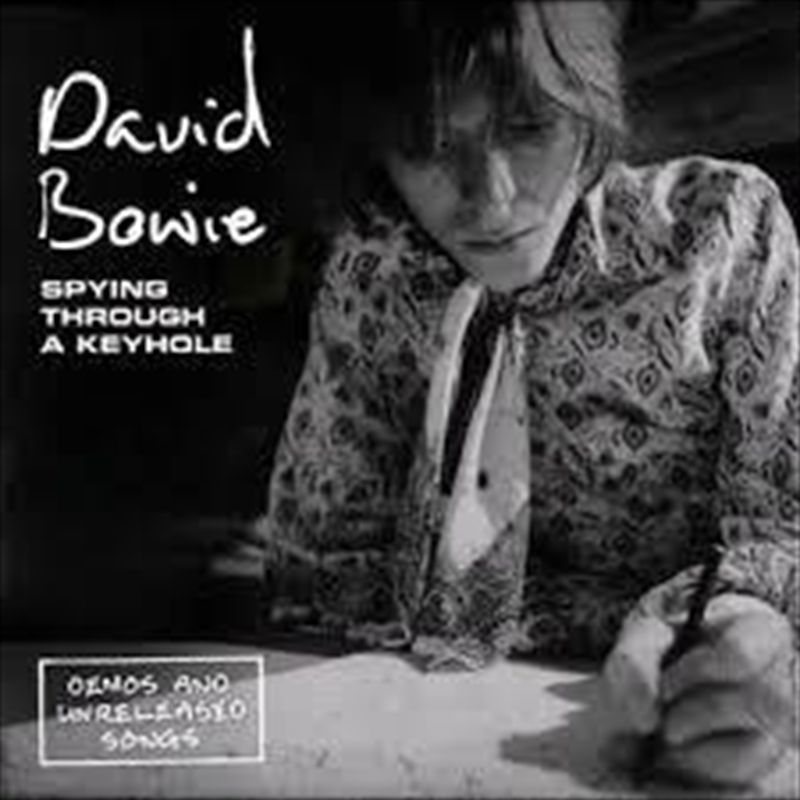 Spying Through A Keyhole - Boxset

Title: Spying Through A Keyhole - Boxset

This mid-tempo tale of a fledgling son fleeing the nest features multi-tracked vocals, guitars and harmonica from David.

In The Heat Of The Morning (demo)

A charming demo from 1968 not to be confused with Threepenny Pierrot, a song performed by Bowie captured for posterity in the Scottish TV production of Pierrot In Turquoise early in 1970.

Love All Around (demo)

A delightful love song from whence the title of this collection came: “I see a pop tune spying through a keyhole from the other room”.

An early demo version of the song with completely different lyrics in a couple of the verses compared to those of the later full band versions.

The first and only previously known demo of this song.

A later version of the same song with alternative lyrics.

The lyric and arrangement variations lend weight to the theory that this fragment is possibly the first ever recorded demo of one of Bowie’s most famous songs.

Originally conceived as a song for a duo to perform, this is the first known version to feature John ‘Hutch’ Hutchinson again with lyric and arrangement variations.