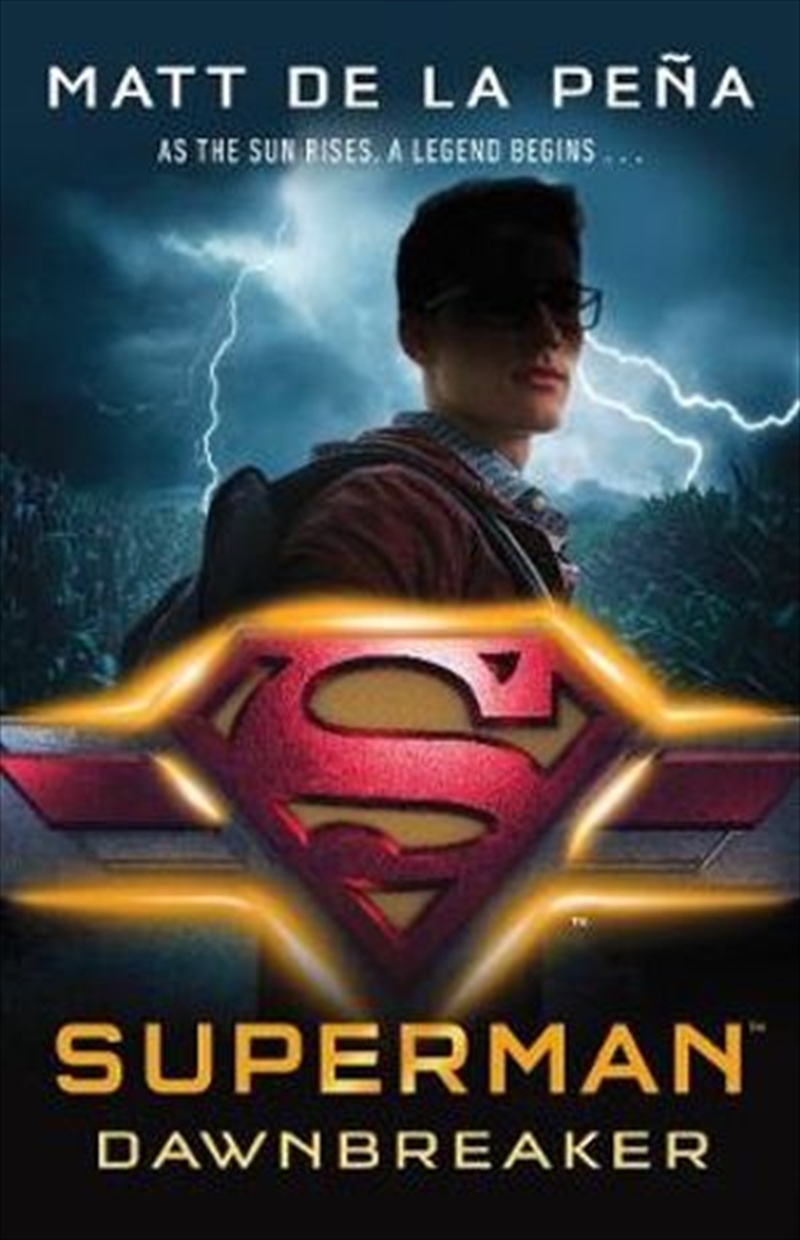 When the dawn breaks, a hero rises.

His power is beyond imagining.
Clark Kent has always been faster, stronger, better than everyone around him. But he wasn't raised to show off, and drawing attention to himself could be dangerous. Plus, it's not like he's earned his powers . . . yet.

But power comes with a price.
Lately it's difficult to hold back and keep his heroics in the shadows. When Clark follows the sound of a girl crying, he comes across Gloria Alvarez and discovers a dark secret lurking in Smallville. Teaming up with his best friend, Lana Lang, he throws himself into the pursuit of the truth. What evil lies below the surface of his small town? And what will it cost Clark to step into the light to become the future Man of Steel? Before he can save the world, he must save Smallville.