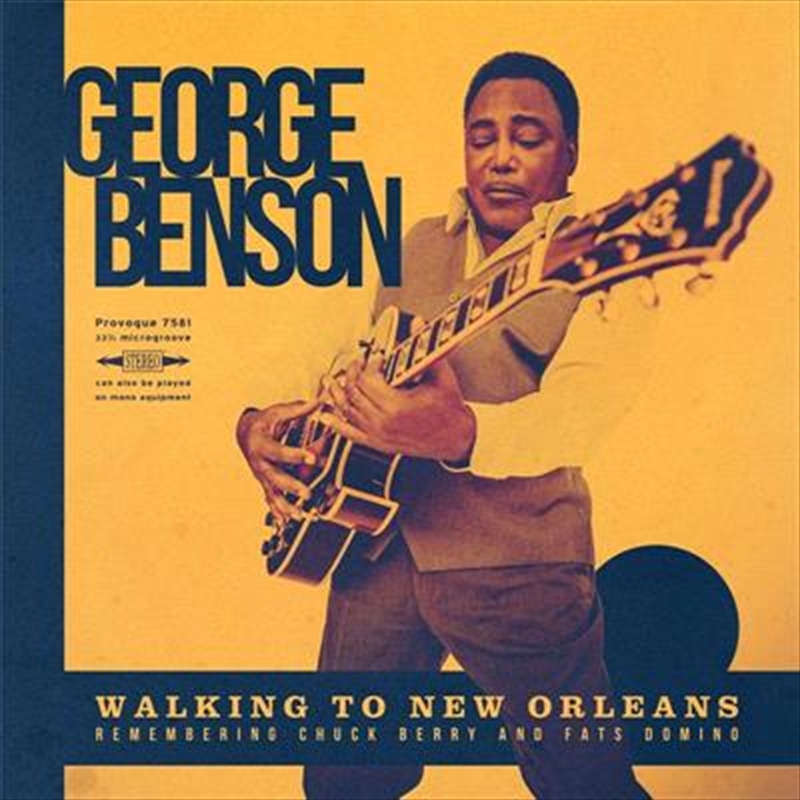 George Benson gets back to Americana basics on Walking to New Orleans, the jazz guitar legend's double-barreled tribute to both piano-pounding hit machine Fats Domino and the original rock guitar hero and poet, Chuck Berry.

The album toggles between tracks written and/or recorded by Berry and Domino as though Benson were moderating a musical conversation between Missouri and Louisiana. It kicks off with a rock-solid rendition of Berry's 1964 post-incarceration story song "Nadine (Is It You?)," which Benson makes his own by scatting in unison with his guitar solo. Then a horn section pumps up Fats's 1951 R&B hit "Rockin' Chair" and his first R&B-pop crossover smash, "Ain't That a Shame," from 1955, with Benson's guitar standing in swingingly for the originals' sax solos.

The Chuck Berry songbook is also represented on Walking to New Orleans by the good-timey "You Can't Catch Me," the sinuous "Havana Moon," the rollicking "Memphis, Tennessee," and the bluesy "How You've Changed." Fats Domino weighs in with the rollicking "I Hear You Knocking," "Blue Monday," and the album's iconic title track.

6. I Hear You Knocking