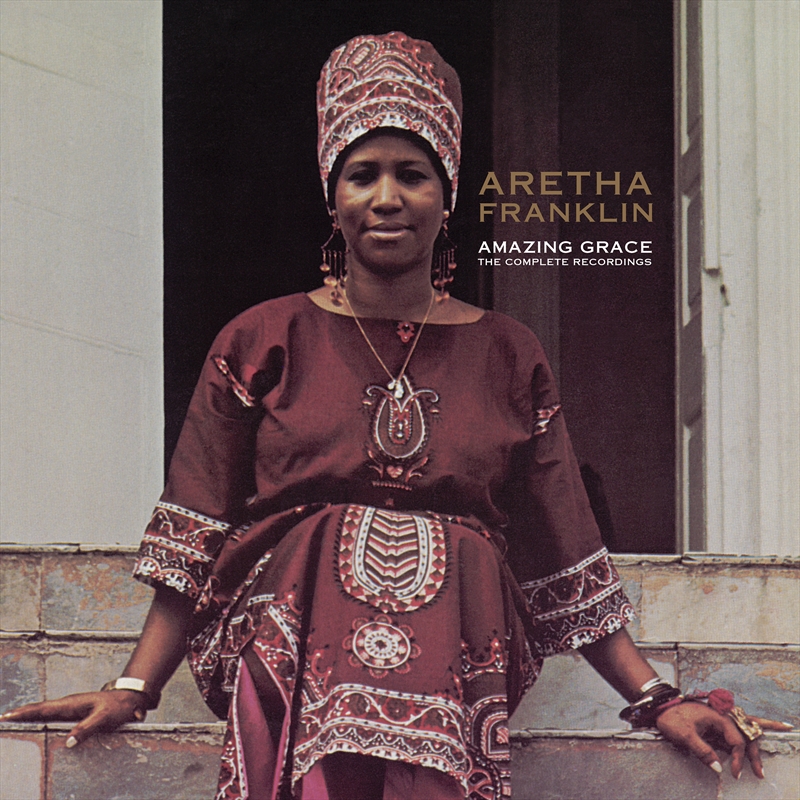 Expanded Version Of The Queen Of Soul's Grammy-Winning Gospel Album Makes Its Vinyl Debut As A 4LP Set!

Amazing Grace – Aretha Franklin's biggest-selling album and the best-selling live gospel album of all time – is enjoying a revival nearly 50 years after it was recorded. It follows the debut late last year of the long-awaited documentary about the making of that legendary double live album, which opened to rave reviews.

Rhino will continue to celebrate Franklin with the release of 'Amazing Grace: The Complete Recordings' on vinyl for the first time ever. The set includes four, 180gm LPs that contain both of Aretha's transcendent performances at the New Temple Missionary Baptist Church, which were recorded in Los Angeles on January 13 and 14, 1972.

Among the many signature moments that make up Franklin's remarkable career, these performances clearly stand out as some of her finest work. They were recorded over two nights as the singer performed church standards like "Precious Memories," "What A Friend We Have In Jesus" and "How I Got Over," the latter written by gospel legend Clara Ward, who was listening in the audience. The performances were also attended by Franklin's father, the famed Reverend C.L. Franklin; Clara Ward and Mother Ward of the Ward Family Singers; and Mick Jagger and Charlie Watts of the Rolling Stones, who were in town recording Exile On Main Street.

Released on June 1, 1972, Amazing Grace would go on to sell more than two million copies in the in U.S. alone. It was not only the best-selling album of Franklin's career, but it still also holds the record as the best-selling live gospel album of all time. In addition, the album also earned Franklin a Grammy award, her first for Best Soul Gospel Performance.

Originally, Amazing Grace included 13 songs, plus remarks by Reverend C.L. Franklin. In 1999, the album was remastered and expanded to include all the recordings from both nights.

1 What A Friend We Have In Jesus

3 Give Yourself To Jesus

4 What A Friend We Have In Jesus

2 God Will Take Care Of You