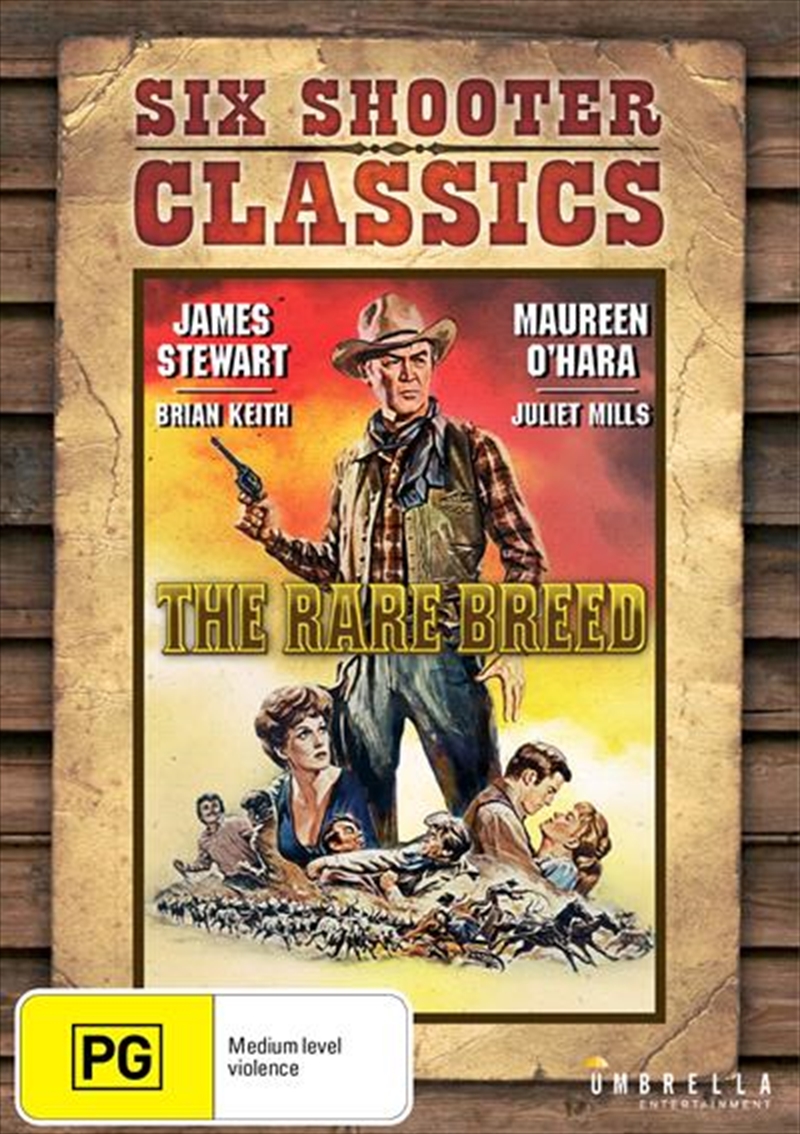 Young lovers ... restless, bold, ready to meet the brawling dangers of the raw West ... Head On !

Veteran Western director Andrew V. McLaglen (The Wild Geese) puts his brand on this exciting story, based on America's acquisition of English Hereford cattle (which would phase out Texas longhorns). In the 1880s, Englishwoman Martha Price (Maureen O'Hara, The Redhead From Wyoming) and her daughter Hilary (Juliet Mills, Avanti!) come to America to sell their prize Hereford bull at an auction. When he is purchased by Bowen, a wild Scotsman (Brian Keith, Young Guns), the women hire a footloose cowhand named Burnett (James Stewart, The Man From Laramie) to help them transport the animal to its new owner. So begins an adventure that test the mettle of all involved as they battle killers, cattle stampedes - and each other. But when they reach Bowen's ranch, even greater obstacles force them to summon up extraordinary courage if they, and the prize bull, are to survive.