Two From Hell - House Of 1000 Corpses / The Devils Rejects 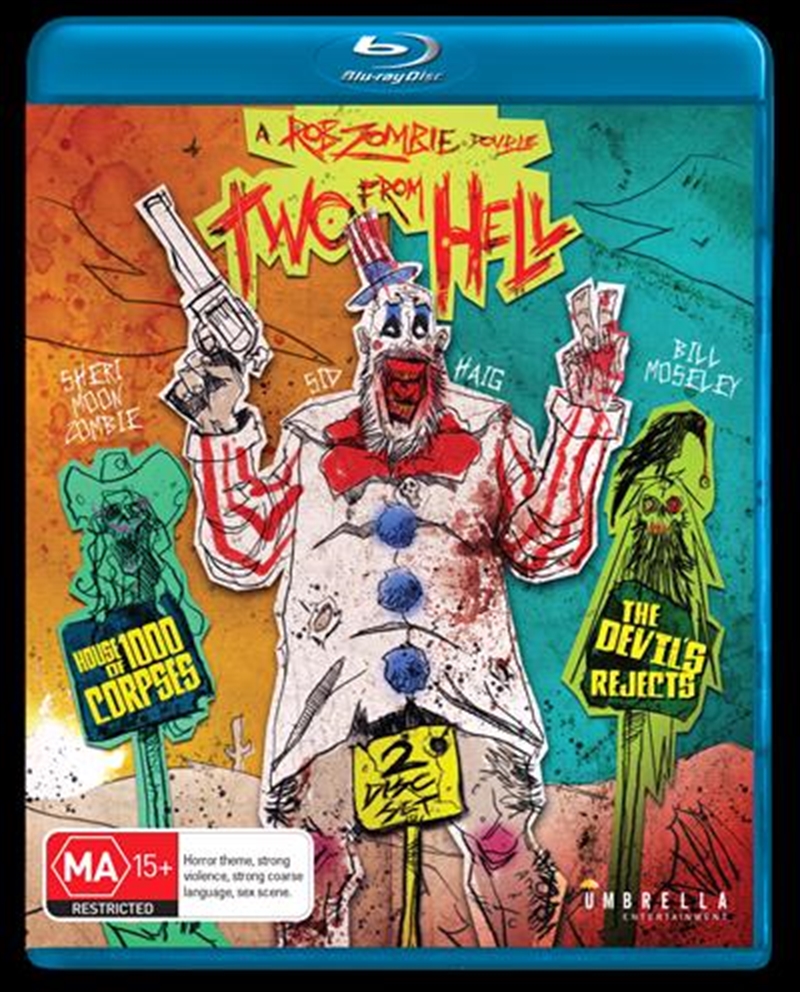 HOUSE OF 1000 CORPSES - On October 30, 1977, three intrepid youths travel across the American landscape, researching a book on unusual roadside attractions. During one pit-stop they encounter petrol station owner Captain Spaulding (exploitation legend Sid Haig, The Big Doll House, Blood Bath) who introduces them to The Museum of Monsters & Madmen, where they learn the local legend of Dr. Satan. In search of the particular tree from which Dr. Satan hanged, they pick up hitchhiker Baby (Sheri Moon Zombie, Toolbox Murders) and are lead to a mysterious house that will be their ultimate undoing, wherein resides a family so morally depraved that death is considered less an end and more of a vacation.A twisted and macabre tale of gut-wrenching exploitation, inspired by 1970s cult horror classics The Texas Chainsaw Massacre and The Hills Have Eyes, directed by Goth rocker-turned horror maestro Rob Zombie (The Devils Rejects, Halloween), House of 1000 Corpses is a relentless blood-bath of torture and mayhem.
THE DEVILS REJECTS - From the twisted mind of acclaimed musician and Director Rob Zombie, comes The Devil's Rejects - a nerve-shredding violent road trip through the weirdest parts of American and the darkest corners of your mind.This grisly tale of mayhem reunites the homicidal members of the Firefly Family as they go on a rampage of senseless slaughter, pursued by a pair of sadistic bounty hunters and an outlaw sheriff hell-bent on revenge. When they finally meet, prepare yourself for one of the most depraved and terrifying showdowns you'll ever see.

Title: Two From Hell - House Of 1000 Corpses / The Devils Rejects