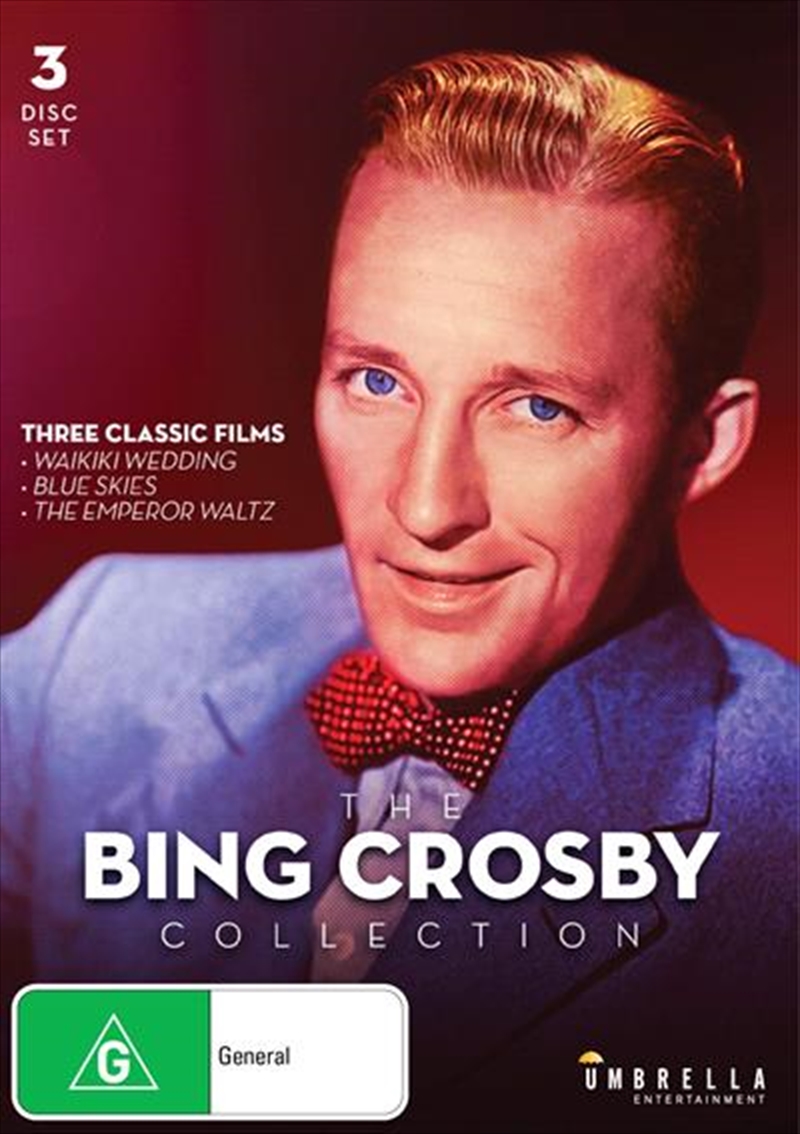 WAIKIKI WEDDING (1937) - Bing Crosby (White Christmas) stars as press agent Tony Marvin whose job at a pineapple company is to turn Hawaii into pure paradise. Tony is tasked with escorting a beauty contest winner (Shirley Ross, San Fransisco) and her friend (Martha Raye, Hellzapoppin') on a tour of the islands. When Miss Pineapple finds herself bored, Tony must go to outrageous lengths to convince her to stay in Hawaii or else risk a public relations nightmare. Co-starring Bob Burns (Radio City Revels) and Anthony Quinn (Lawrence of Arabia), Waikiki Wedding features Bing singing Blue Hawaii and the Academy Award-winning song Sweet Leilani.
BLUE SKIES (1946) - Screen legends Bing Crosby (High Society) and Fred Astaire (Top Hat) reunite in the musical spectacular Blue Skies. Dancing star Jed Potter (Astaire) and singer/nightclub owner Johnny Adams (Crosby) are both in love with songstress Mary O'Hara (Joan Caulfield, Dear Ruth). She marries Johnny but his passion for buying and selling nightclubs drives them apart. So Jed steps in, hoping to win Mary's heart - until fate steps in and changes the lives of all three. Featuring 30 songs by Irving Berlin, including the showstopper Puttin on the Ritz, Blue Skies remains one of the all-time great musicals!
THE EMPEROR WALTZ (1948) - Salesman Virgil Smith (Bing Crosby, Holiday Inn) is making his next big move in Austria, pushing the gramophone. He believes that if he can persuade Emperor Franz Joseph (Richard Haydn, The Sound of Music) to purchase the record player, he'll strike it rich as the nation follows suit. However, in the meantime, Smith falls for a countess (Joan Fontaine, Jane Eyre), a woman in a class above his own. Now in addition to convincing the emperor to buy his wares, Smith must also find a way to receive the emperor's blessing to marry his love.
DETAILS