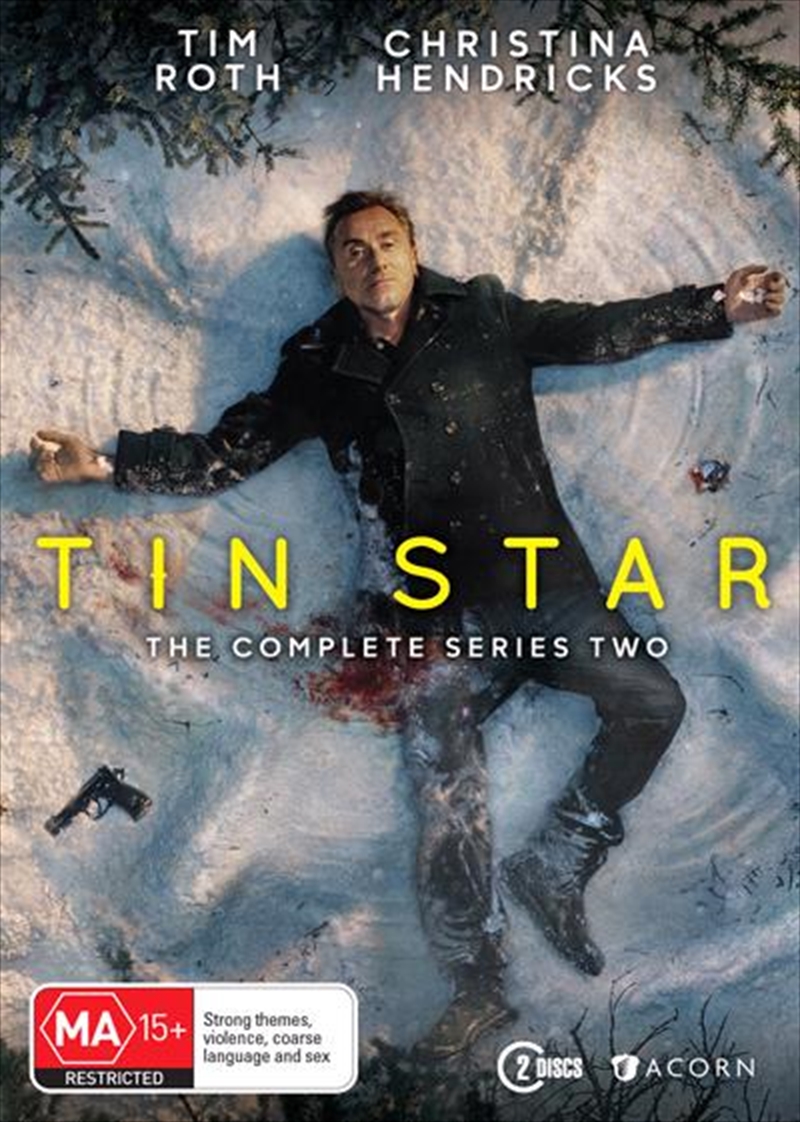 Vengeance comes with a price.

The crisp white snow is soaked with blood. Whitey is dead, Jack has a bullet in him and Angela is desperately clinging on to a distraught Anna. Tin Star Series 2 picks up at the moment series one left off, but this time things are different. If series 1 was about vengeance, Series 2 is about the opposite: it's a story of forgiveness. Having seemingly destroyed everything he loves, Jack has to win Angela and Anna back. In order to make amends for his actions and rebuild his family, he must save another from destruction.
DETAILS