Hate U Give, The 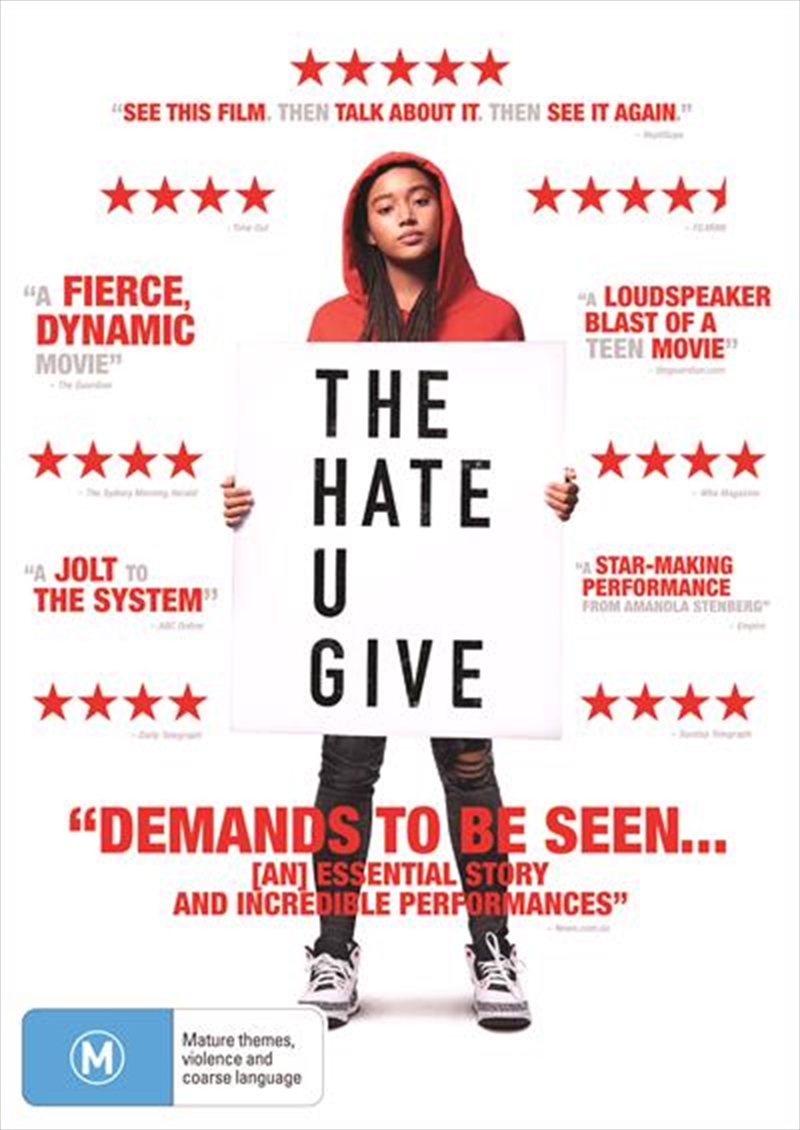 Hate U Give, The

The Hate You Give DVD

Two worlds, one voice, no going back

Starr witnesses the fatal shooting of her childhood best friend Khalil at the hands of a police officer. Now, facing pressure from all sides of the community, Starr must find her voice and stand up for what's right.

Review of The Hate U Give by Eddie @ The Movie Guys

Based on Angie Thomas’s best-selling novel of the same name, The Hate U Give is one of those rare YA focused novels that not only translates well to screen, but tells an important, heartfelt message that will resonate with those both young and old.
Directed by Men of Honor and Notorious filmmaker George Tillman Jr, Hate comes across as passionate and topical call to arms about America’s race divide that is rampant across America, filled with a powerful heart and soul that stems from a scenario straight out of the news headlines of today.
Starting out as a seemingly stereotypical high school/teenage coming of age experience with an African American tinge, Hate quickly becomes something so much more, as star in the making Amandla Stenberg’s Starr Carter experiences the wrong-side of the law in a life changing event with her long-time best friend Khalil (charismatically played by Algae Smith, a Will Smith lookalike but no relation).
Once this life changing occurrence takes place on one fateful night, Hate takes us on an unpredictable and deeply moving examination of what it’s like to be a minority race in the United States at present, targeted and vilified by a law enforcement agency that sadly has failed to adapt itself to the needs and situations of the very people it has sworn to protect.
While there are moments that feel a little shoehorned in or over-dramatized, most of Tillman Jr’s film feels born wholly out of truth and experience, giving Hate a sense of purpose and meaning that can only come from the deepest recesses of the human condition.
Importantly for the film also each and every one of the performers within this feature deliver the goods.
Lead by the seriously impressive Stenberg, who grounds Starr with a performance wise beyond her years, Stenberg is ably supported by the likes of Common, K.J Apa, Regina Hall, Anthony Mackie and in a standout performance by Russell Hornsby as Starr’s father Maverick, an ex-criminal who wants nothing more than his children to succeed where he didn’t and live in a world that is more accepting and welcoming than he ever experienced growing up in the rough black neighborhood of Garden Heights.
All in all there are many elements of Hate that combine to create a moving, engaging and highly powerful tale, offering an insight into a tough topic that nevertheless needs to be explored and discussed.
See more from The Movie Guys on their website

Title: Hate U Give, The