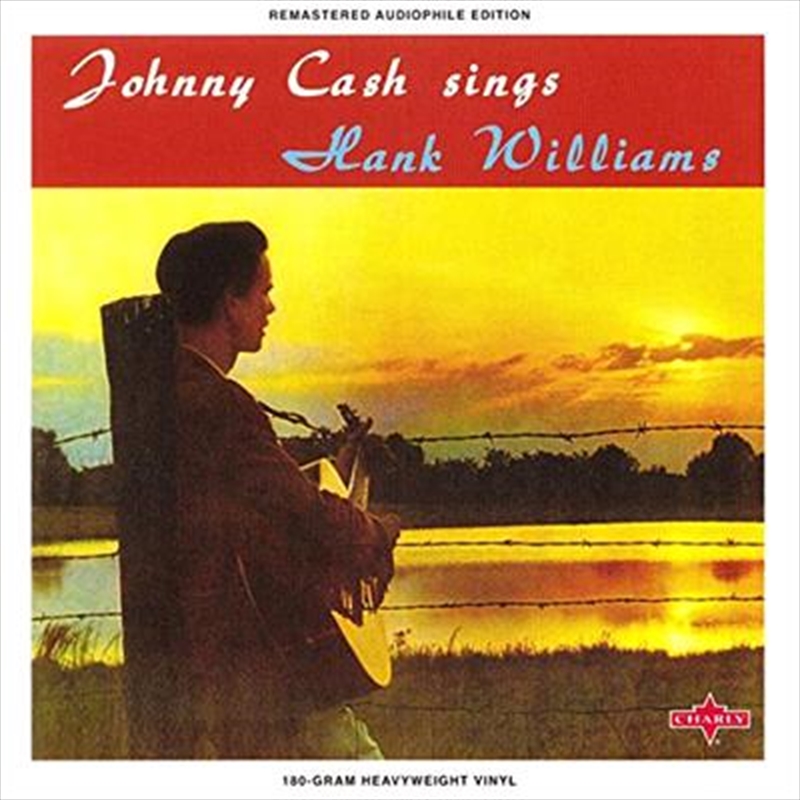 The comprehensive remastering and repackaging upgrade of the Man In Black's legendary Sun catalogue continues with the release of Johnny Cash's fourth album for Sun Records. If there was one man who could fill the void left in the hearts of music lovers by the untimely death of Hank Williams, he was Johnny Cash.

Cash was a singer who had the same type of appeal which Williams did; audiences liked not only his singing and playing - they liked him as a person. It is very appropriate that Cash kept alive the music and memory of Hank through this album from 1960, and the numbers recorded here are representative of the best of Hank Williams as a songwriter and Johnny Cash as an artist. Included in the album are some of "Johnny's million sellers" - the choice records that are most in demand by collectors of Cash records, and the popular Gene Lowery Singers provide an added element on several of the selections.

The sensitive treatment of these well-known songs by one of the States' most loved performers saw this album reach #6 in the Country charts.

Complete with sleeve notes by noted Sun Records authority Adam Komorowski and president of Sun Entertainment Corporation John Singleton, this LP has been remastered from the original Sun master tapes by Nick Robbins at Soundmastering Studios and cut to lacquers at half-speed for unrivalled sound quality by Barry Grint at Alchemy Mastering in London.

4. I Could Never Be Ashamed Of You

4. I Love You Because