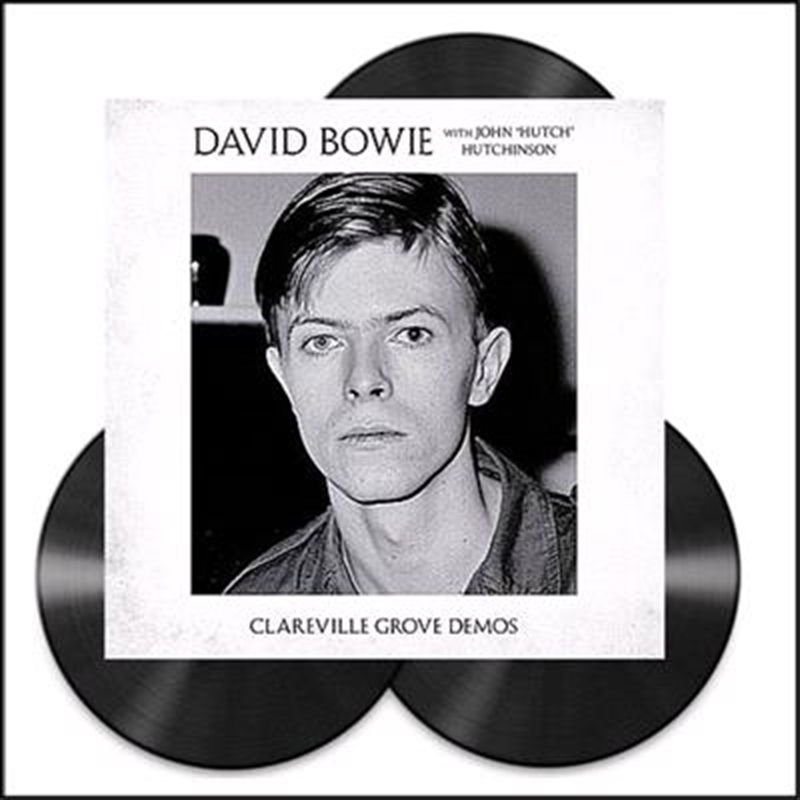 2019 marks 50 years since David Bowie's first hit, 'Space Oddity', and following the recent 'Spying Through A Keyhole' collection Parlophone is set to further commemorate this 50th anniversary with a 7" vinyl singles box set of six home demos, four of which are previously unreleased recordings. This set further documents the earliest stages of David's journey and development as an artist and songwriter.

Recorded in January of 1969 in David's flat in Clareville Grove, London, this live to tape demo session features David performing as a duo with John 'Hutch' Hutchinson following the end of the Feathers trio which featured David's then girlfriend Hermione Farthingale.

The photography that adorns the box front and the print inside is by David's then manager Ken Pitt and was taken in the Clareville Grove flat he had shared with Hermione. David's short haired look was due to him filming his role in the movie The Virgin Soldiers and is reminiscent of the 'Berlin era' look 10 years later.

As with the Spying Through A Keyhole vinyl singles box set, the design of each single label is presented to reflect the way David sent many of his demos to publishers and record companies, featuring his own handwritten song titles on EMIDISC acetate labels. The singles themselves are all mono and play at 45 r.p.m. Featuring Previously Unreleased David Bowie Recordings!

2. Lover To The Dawn

5. Let Me Sleep Beside You