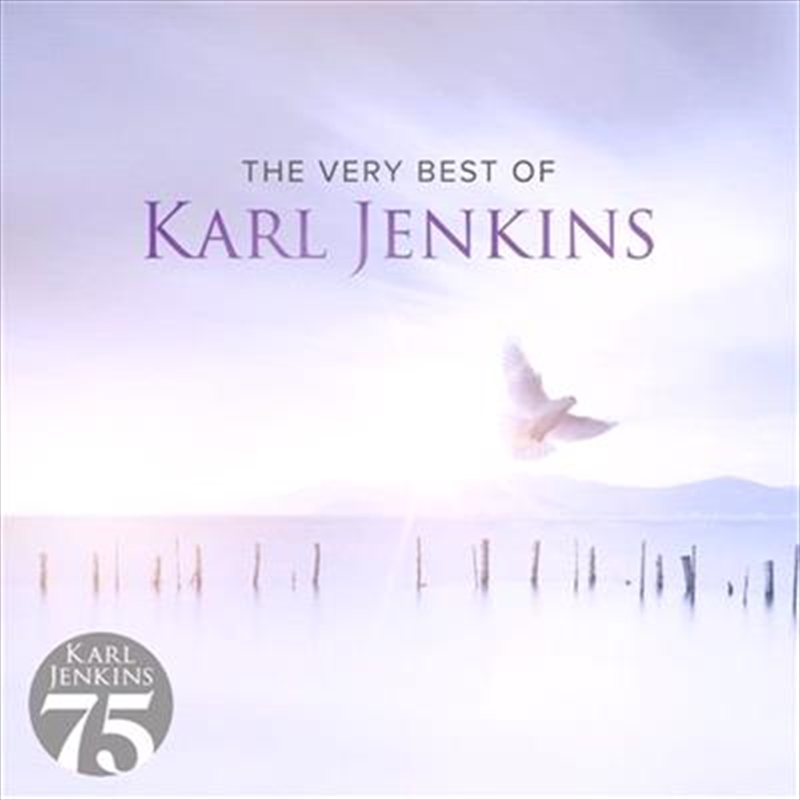 Sir Karl Jenkins, the most performed living composer, is celebrating his 75th birthday with a brand-new album and a host of reissues from his immensely popular catalogue – all now available on Decca Records.

The Very Best of Karl Jenkins presents a selection of the most popular pieces by the UK's best-loved living composer Karl Jenkins. The set includes music from best-selling recordings Adiemus, The Armed Man, Requiem, Gloria, Stabat Mater, Palladio, Stella Natalis and Quirk. Karl Jenkins, who was awarded a CBE in 2010, is widely recognized as the world's most popular living composer following a recent poll by renowned cultural commentator Norman Lebrecht.

The Armed Man: A Mass for Peace is his most performed work, having been performed over 1000 times since its world premiere at London's Royal Albert Hall in April 2000. Commissioned jointly by The Royal Armouries and Classic FM, it was initially inspired by the Kosovan conflict, but the clear message of hope this work brings to so many resounds even stronger ten years later. Born in Wales, Karl Jenkins studied the oboe and graduated from Cardiff University, followed by post-graduate studies at London's Royal College of Music. Having been a member of the bands Nucleus and Soft Machine, his passion for Jazz led him to composition. Classically trained, but drawing on a diverse range of global influences, his composing style has transcended musical boundaries.

Over 20 years ago, Sir Karl changed the way classical music was perceived as Adiemus – Songs of Sanctuary broke the chart music rule books. It caused a huge stir as the album was not considered eligible for the classical charts, despite its huge popularity among classical fans – selling a million copies worldwide in its first year. The album went on to achieve 17 Gold and 2 Platinum discs.

Sir Karl Jenkins has been decorated with a considerable range of awards for his services to music, including an OBE, CBE, and a knighthood. There are over 250 performances per year of his work in more than 20 countries, and he has consistently been the highest placed living composer in Classic FM's Hall of Fame.

The Armed Man - A Mass For Peace: XII. Benedictus

Gloria: I. The Proclamation: Gloria in excelsis Deo

The Armed Man - A Mass For Peace: X. Agnus Dei

The Armed Man - A Mass For Peace: V. Sanctus

Stabat mater: VII. And The Mother Did Weep

Cantus - Song Of The Spirit

Cantus - Song Of The Plains

In These Stones Horizons Sing: I. Agorawd [Overture] Part I: Cân yr Alltud [The Exile Song]