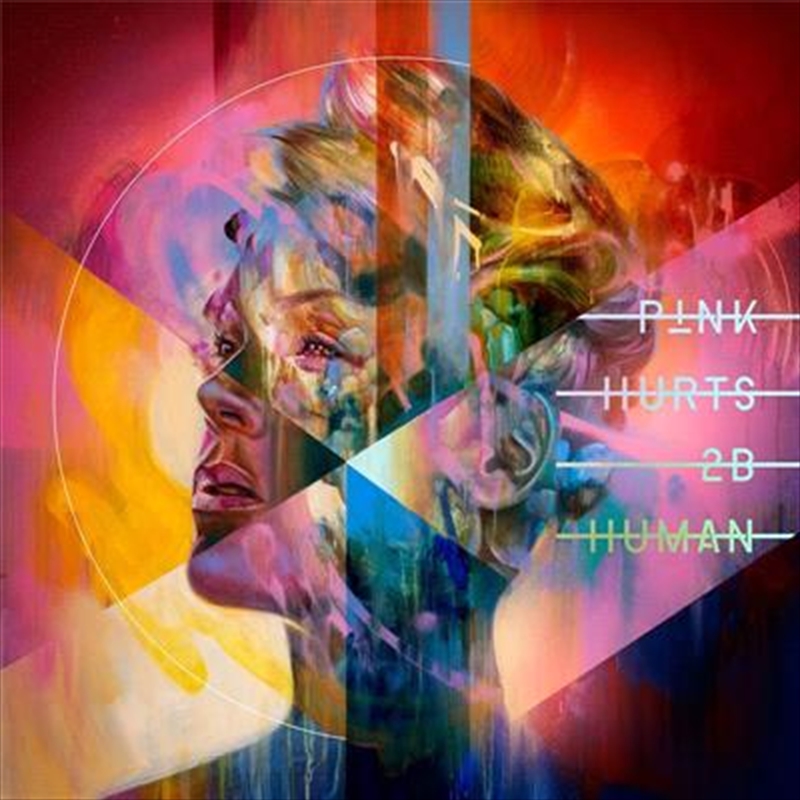 The 13 track album features ‘Walk Me Home’ and is the follow up to the 4x Platinum and #1 ARIA Album ‘Beautiful Trauma’.

There is no denying that P!NK has had one of the most successful careers in the music industry, with a track record proving that Australia can't get enough of her. Across her career, P!NK has had five ARIA #1 albums and eight ARIA #1 singles.

Review of P!NK - Hurts 2B Human by Thomas Bleach

P!nk’s last studio album, ‘Beautiful Trauma’ was a little cookie cutter at best. It was a positive and self-aware version of herself that we hadn't really experienced before. We are used to the emotional and brash “fuck you” spirited singer-songwriter who has engaged audiences for over 17 years. But now with two kids and begin happily married, her creative energy has shifted to represent that personal growth. Her eighth studio album ‘Hurts 2B Human’ has been released halfway through her current world tour and shows yet another artistic growth as she dives a little deeper with some nostalgic and emotional moments. ‘(Hey You) Miss You Sometime’ is an immediate throwback to her early material with it’s playful pop-r&b production and playful lyrics. “Hey, why you fucked up my life? So hey, why do I miss you sometimes?”. It just has a fun beat that you can already imagine getting a very sassy live performance. She gets a little predictable dance-pop on ‘Can We Pretend’ but it works with it’s radio ready hook that will be stuck in your head. Followed by the angsty ‘We Could Have It All’ which sounds like it belonged on her ‘Funhouse’ record with it’s throwback pop-rock energy.

However a lot of this record does fall into the emotional category with some reflective an vulnerable lyrics. ‘My Attic’ is a beautiful track that is about opening up and allowing herself to be vulnerable with someone else whilst the country penned ‘Love Me Anyway’ with Chris Stapleton hears her pleading a lover to take her for who she is which will undoubtedly become a single further down the track. The honest ‘Happy’ which is co-written by Sasha Sloan and Teddy Gieger will have your heart feeling a little heavy as she delves into her self-confidence issues. “I don’t wanna be this way forever, keep telling myself that I’ll get better. Every time I try, I always stop me. Maybe I’m just scared to be happy”. It’s hearing these honest moments that makes you love P!nk even more because they are so candid and raw. She even gets a little experimental with Wrabel on ’90 Days’ which is a vocal heavy track that doesn't rely on a big production to capture your attention. But as a whole ‘Hurts 2B Human’ does feel a lot more genuine within it’s foundations and feels a lot more whole conceptually than ‘Beautiful Trauma’.
See more from Thomas on his website

2. (Hey Why) Miss You Sometime

7. Can We Pretend featuring Cash Cash

13. The Last Song Of Your Life