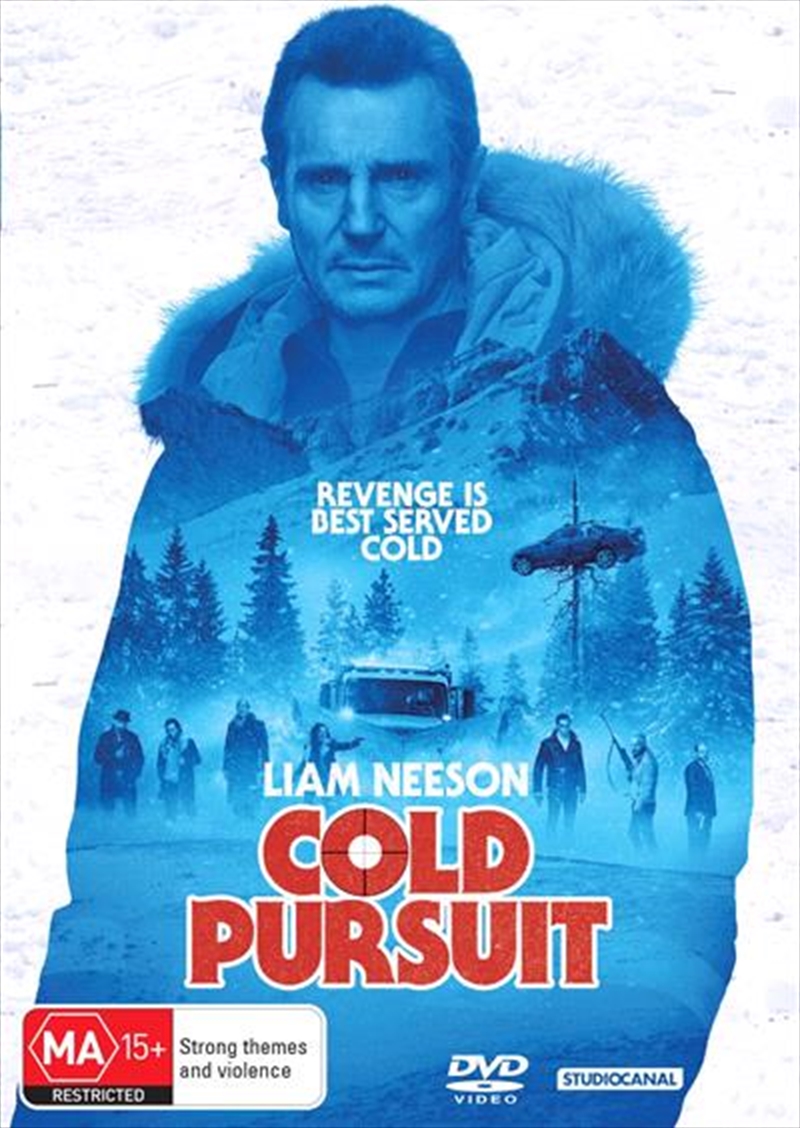 The Perfect Revenge is all in the Execution.

Quiet family man and hard-working snowplow driver Nels is the lifeblood of a glitzy resort town in the Rocky Mountains because he is the one who keeps the winter roads clear. He and his wife live in a comfortable cabin away from the tourists. The town has just awarded him "Citizen of the Year." But Nels has to leave his quiet mountain life when his son is murdered by a powerful drug lord. As a man who has nothing to lose he is stoked by a drive for vengeance. This unlikely hero uses his hunting skills and transforms from an ordinary man into a skilled killer as he sets out to dismantle the cartel. Nels' actions ignite a turf war between a manically unpredictable gangster known as Viking and a rival gang boss. Justice is served in one final spectacular confrontation that will leave (almost) no one unscathed.

Nels (Liam Neeson) is a well-respected man within his small community. He works daily as a snowplough driver, generally leading a quiet life along with his family. His life is changed forever when his son is murdered at the hands of a group of drug dealers. Nels now decides to stop waiting for police- it’s payback time for all the men who were involved. For those who are not aware, this film is a remake of a 2014 Norwegian film (which I have not seen or reviewed).
For any Liam Neeson fans out there, I will proudly say upfront that this is not a blockbuster action film like some of the actor’s previous films. This time around our film presents other elements such as mystery, and surprisingly enough, Cold Pursuit is more classed as a black comedy. Nels doesn’t own a unique set of skills where he can murder and shoot everyone down one by one. Here Nels is a character who more or less works behind the scenes making sure the drug dealers all fail or fall one by one while Nels pretends to lead a perfectly everyday life. There are so many characters throughout this film that some might be surprised to find how often the leading actor Liam Neeson is off-screen. At the same time, we see other characters (particular the silly bad guys) as the plot, plan and make witty one-liners with one another.
From an audio and visual front, Cold Pursuit is a very gritty looking film. Considering it’s set in the snow, you won’t find anything pretty in this dark revenge tale. The sound effects are also fantastic. Cold Pursuit is a revenge film that gives viewers multiple surprises and even throws in a few random jokes (great for those who love a movie with black humour). Liam Neeson fans should most certainly check this one out today!
Peter has written this movie review for Sanity. See more from Peter here