Written On The Wind Hollywood Gold 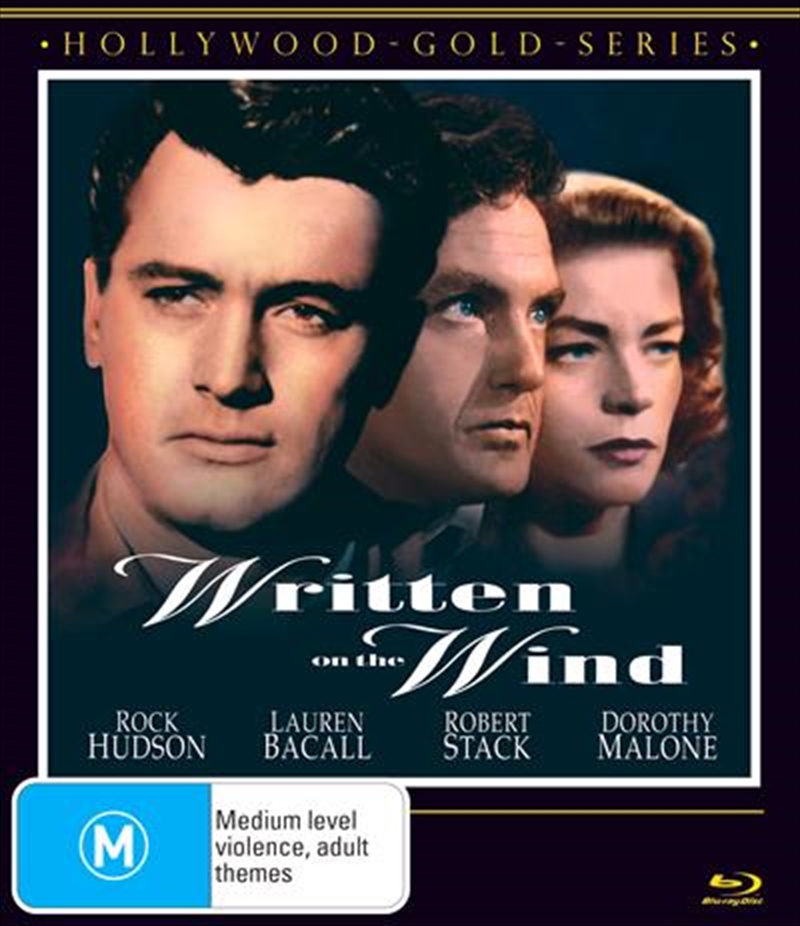 Written On The Wind Blu-Ray

This woman in his arms was now the wife of the man he called his best friend!

Mitch Wayne (Rock Hudson) is a geologist working for the Hadleys, an oil-rich Texas family. While the patriarch, Jared (Robert Keith), works hard to establish the family business, his irresponsible son, Kyle (Robert Stack), is an alcoholic playboy, and his daughter, Marylee (Dorothy Malone), is the town tramp. Mitch harbors a secret love for Kyle's unsatisfied wife, Lucy (Lauren Bacall) - a fact that leaves him exposed when the jealous Marylee accuses him of murder.