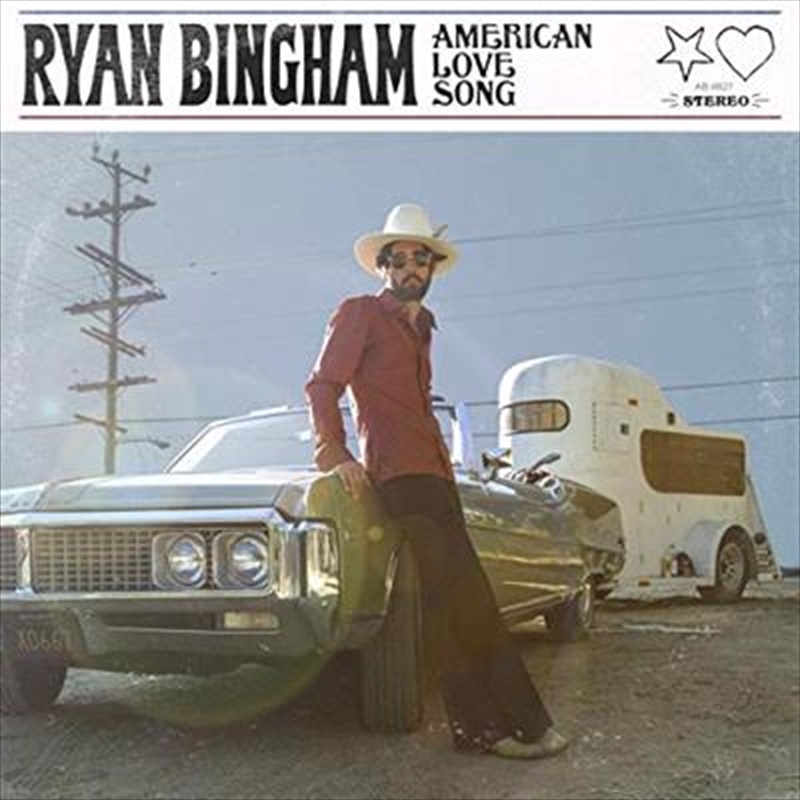 From the beginning of his recording career, with "Mescalito," Bingham has defied easy classification. As a rising country star, he ranged from Woody Guthrie-style folk songs and Spanish-language balladry to gritty hard rock. It's all American music; fittingly, he was honored as the Americana Music Association's 2010 Artist of the Year.

He's enjoyed thrilling highs and suffered debilitating lows, sometimes all at once. While his career was taking off – he won both an Oscar and a Grammy for "The Weary Kind," the theme song he wrote for the film "Crazy Heart" – he was coping with the tragic deaths of his mother, an alcoholic, and his father, who took his own life.

The losses put Bingham in a dark tunnel, and it took a while to crawl his way out. With the help of his wife, Anna Axster, and some inner soul-searching, Bingham has come back into the light. "American Love Song," the third studio album from the Axster-Bingham indie label (after 2012's "Tomorrowland" and 2015's "Fear and Saturday Night"), takes all his influences – both musical and experiential – and unites them in Ryan Bingham's best, most fully realized record to date.

The new album finds Bingham honing his creativity on two distinct levels, the personal and the cultural. He co-produced it with Charlie Sexton, the superb Austin guitarist who has played for years in Bob Dylan's touring band. "American Love Song" was recorded at Arlyn Studios and Public Hi-Fi in Austin with additional recording at Matter Music in Los Angeles.

Nothin' Holds Me Down

Time For My Mind

What Would I Become