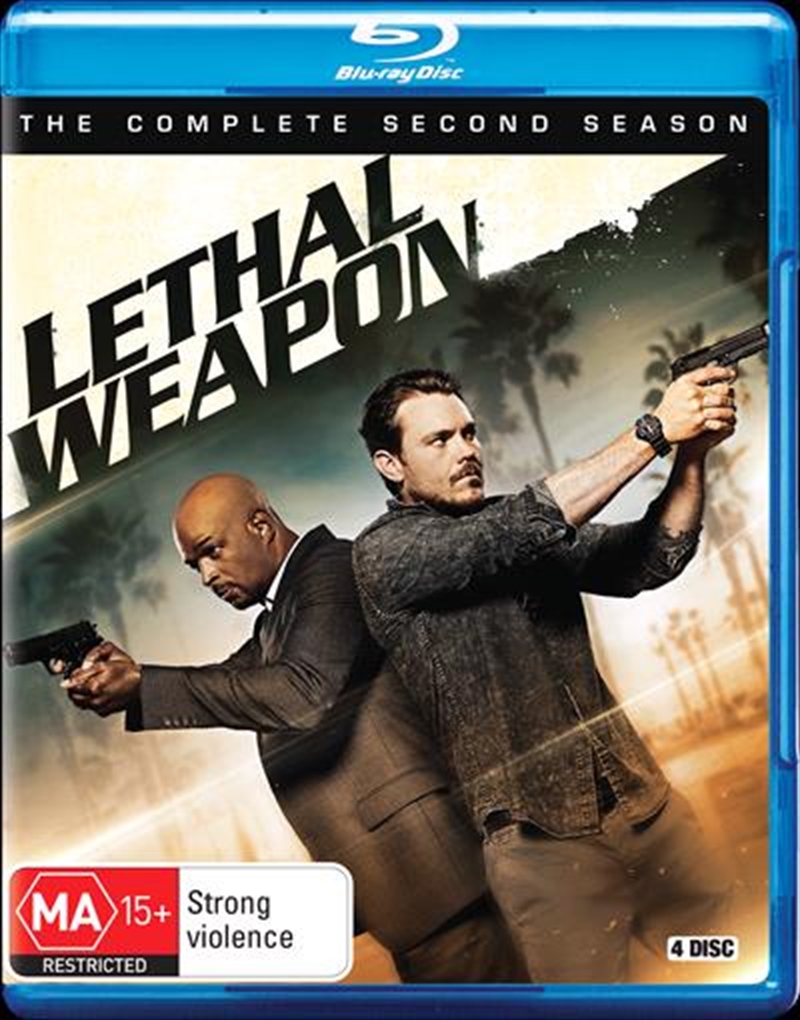 SEE MORE IN:
2 For $40 TV All 2 For $40 Lethal Weapon Cant Seem To Stream Crime TV
DESCRIPTION

Entering its second season, LETHAL WEAPON combines action and drama with friendship and humor as it follows classic cop duo Riggs and Murtaugh, who are working a crime-ridden beat in modern-day Los Angeles. One has everything to live for, the other has nothing to lose - and in the season one finale Murtaugh found out just how far Riggs was willing to go. Murtaugh follows Riggs to Mexico to pursue the dangerous drug cartel who Riggs believes is responsible for the death of his wife. The two have departed without the blessing of Captain Avery Brooks, and have left behind their LAPD colleagues Dr. Cahill, Scorsese, and Detective Bailey. Season Two finds Murtaugh navigating the stress of the job and some trying times at home with wife Trish, their new baby and teenagers Roger, Jr. and Riana. He looks to Riggs for support, but starts to discover that Riggs past might have left him more damaged than he thought.
TRAILER
DETAILS