An Officer And A Gentleman 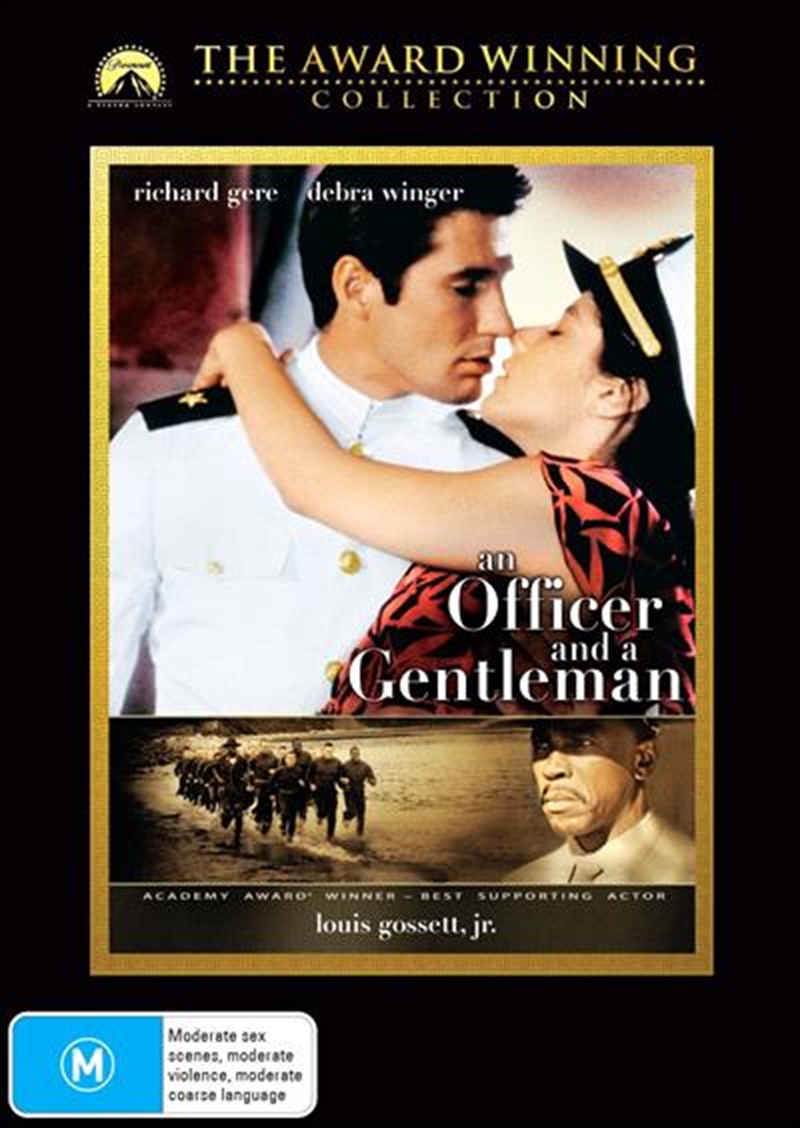 An Officer And A Gentleman

An Officer And A Gentleman DVD

It will lift you up where you belong.

Once in a great while a movie comes along that truly grips and uplifts its audiences. Such a movie is An Office And A Gentleman, a timeless tale of romance, friendship and growth.Loner Zack Mayo (Richard Gere) enters Officer Candidate School to become a Navy pilot and in thirteen torturous weeks he learns the importance of discipline, love and friendship. Louis Gossett, Jr. won an Academy Award for his brilliant portrayal of the tough drill instructor who teaches Zack that no man can make it alone. And while Gossett tries to warn the young officer about the local girls who will do anything to catch themselves pilot husbands, Zack eventually learns to love one (Debra Winger) while his fellow candidate, a memorable character portrayed by David Keith, struggles with a very different fate.An Officer and A Gentleman is a rich and satisfying story with moving performances that will stay with you long after the film has ended.
TRAILER
DETAILS

Title: An Officer And A Gentleman