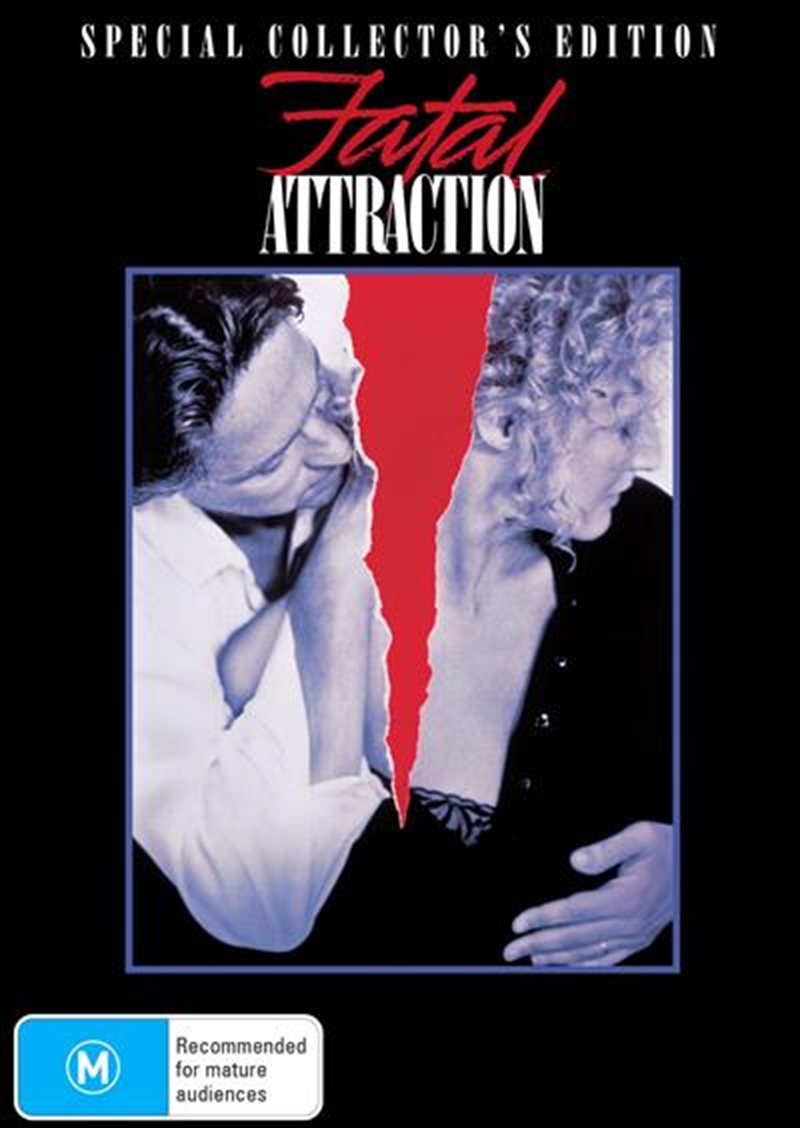 On the other side of drinks, dinner and a one night stand, lies a terrifying love story.

Stylish and sexy, Fatal Attraction took audiences to terrifying new heights with its thrilling story of a casual encounter gone terribly awry.This box-office smash was nominated for six Academy Awards, including Best Picture and Best Director (Adrian Lyne - Indecent Proposal, Flashdance). Michael Douglas plays Dan Gallagher, a New York attorney who has a tryst with seductive Alex Forrest (Glenn Close) while his wife (Anne Archer) is away. Dan later shrugs off the affair as a mistake and considers it over. But Alex won't be ignored. Not now, not tomorrow, not ever...even if it means destroying Dan's family to keep him.
TRAILER
DETAILS