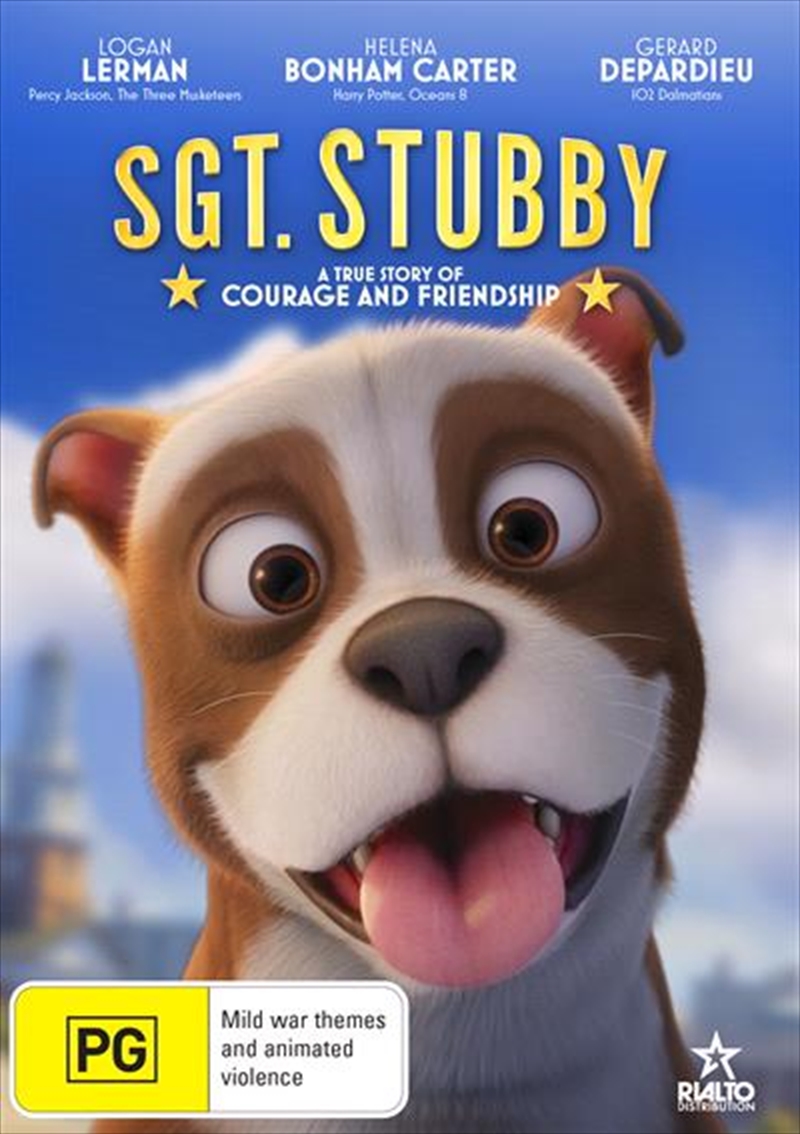 SGT. STUBBY is the incredible real-life story of a stray dog who became a hero of the First World War. As war nears, Stubby is rescued from his life on the streets by a young American soldier, joins the fight and becomes famous for his amazing military service. For his keen instincts and fierce loyalty, Stubby is still recognized today as the most decorated canine in American history, and the first dog to ever be promoted to the rank of Sergeant in the U.S. Army.
TRAILER
DETAILS