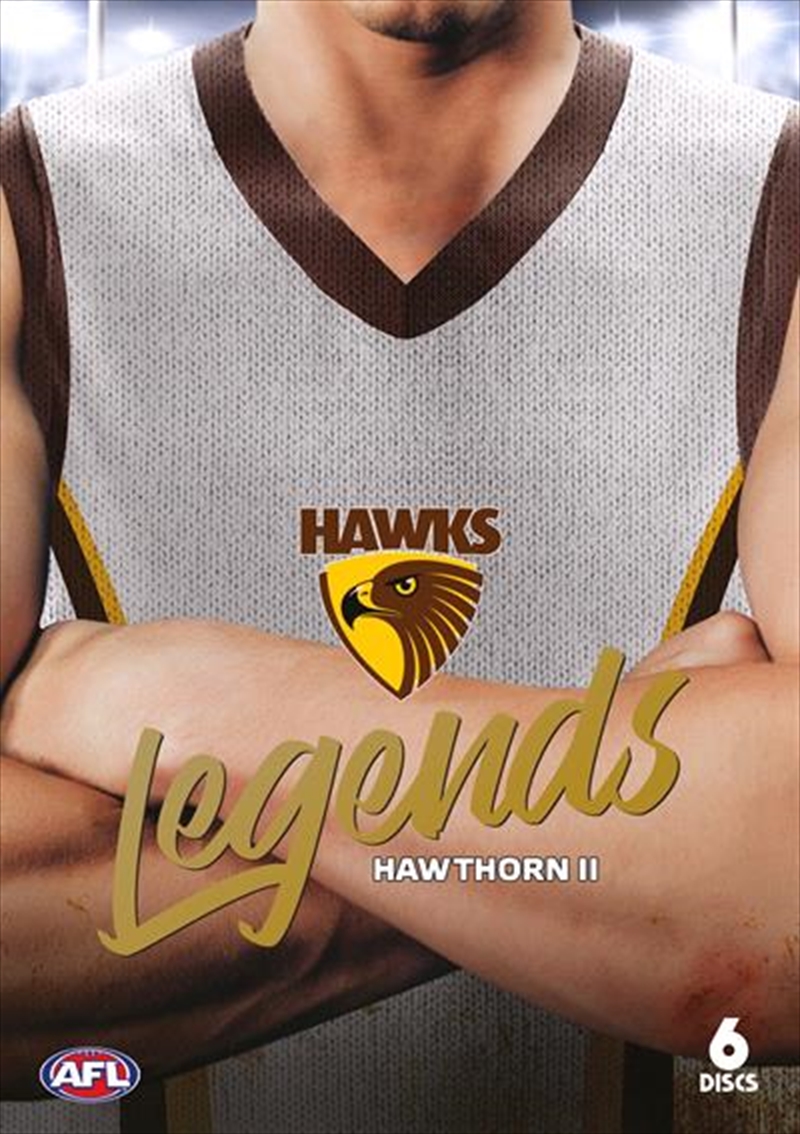 Step back into the annuls of Australian Rules Football history to experience some of the greatest performances from many of greatest players to ever pull on the Hawthorn Football Club guernsey. Sit back and enjoy these classic matches from the AFL match archives presented in their original broadcast format, this collection is a must-have for any true Hawks fan.
1987 ROUND 11 VS NORTH MELBOURNE - Ayres 23 disposals and 6 tackles secures the tough defender three Brownlow votes whilst John Platten's 36 disposals are also crucial in the Hawks' come-from-behind victory.
1987 ROUND 20 VS SYDNEY SWANS Hawks captain Michael Tuck and flamboyant forward Dermot Brereton share the five Brownlow votes as the Hawks recover from a half-time deficit to demolish the Swans.
1996 ROUND 22 VS MELBOURNE - In the infamous merger match, Jason Dunstall and Paul Salmon combine to devastating effect as the Hawks emerge with a single-point victory against the Demons.
1999 ROUND 18 VS FREMANTLE DOCKERS - The newly appointed captain, Shane Crawford, dominates the Dockers in his Brownlow Medal-winning season, gathering 41 possessions and kicking a goal in a best afield performance.
2013 PRELIMINARY FINAL VS GEELONG CATS Down by 20 points at three-quarter time, the Hawks overrun the Cats in the final term with Sam Mitchells 38 touches crucial to the victory as the club march on to premiership glory.
2015 ROUND 20 VS GEELONG CATS - Leading a potent Hawthorn attack, Cyril Rioli kicks six goals and claims the three Brownlow votes as the Hawks soar towards a third consecutive premiership.